When shooting my last short film, it was the first time I was really able to test out my Frugal Cage setup. This included my two external battery setups, one for my camera and one for my monitor. I was very happy that my camera would accurately report how much power remained in the external battery, just as it would for the internal one.

My monitor, on the other hand, had no such software (I presume) to report battery usage or power remaining. As a result, I was never sure how much power remained, so I was flying in the dark about when it would poop out. I knew I had about six to seven hours using the Sony F970 battery, but it's always nice to know when you're about to lose your monitor and plan accordingly.

I was also shooting on back-to-back days and only had two batteries per piece of gear to get by (and only one for an LED light). Even when I went home and began recharging, the larger batteries were not completely full when we began again the next morning. I needed a better charging solution than my cheap travel chargers were giving me.

That's when I went charger shopping online and came across the no-name model featured in my review. It was better built, had a large LCD for battery info, and was a quick charger with supposedly double the charging speed of a standard charger. I was pretty excited and felt that the feature list more than justified the $25 price tag.

My complete findings are in the video above, but I can say that I like this model. Its got its quirks, but it addresses all my needs and seems to fit the bill. I retrospect, I've noticed that it doesn't have a way to charge in your car, but my travel chargers do, so I can just use them for that. Others might want to look for something that does both. 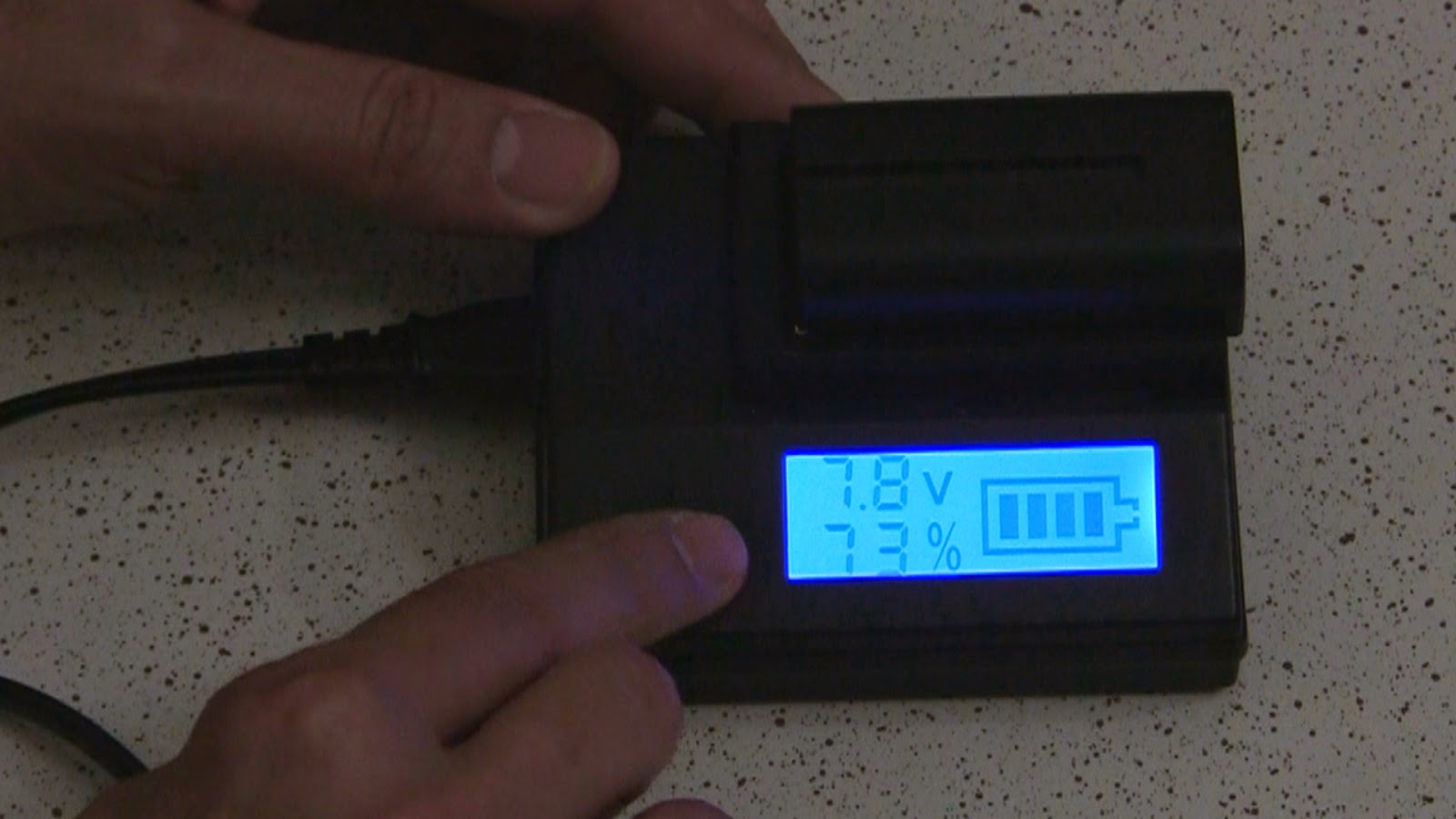 Nice find! Added it to my watchlist and will order one soon along with the 970 battery..probably a much better option for the external display than the 550.