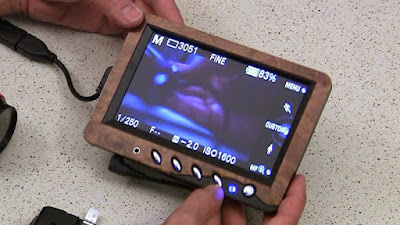 One of my videos that seems to get watched quite regularly is my $56 7" HDMI car monitor that I made work as a field monitor. It still works, and is one of my better finds. That same monitor (and this one) is now $39, and would be the lowest I had ever seen it, had I not seen it yesterday for $29! Of course, I wasn't able to post about it in time, but I couldn't believe how low that price was.

Still, $39 is pretty darn good for this type of screen. Sure, you have to use some cable adapters and battery add-ons (watch the video for more info), but it works really well and I put it into use shooting my short film Invader from a couple of years ago. If you need an almost-HD monitor and are strapped for cash, check these out. They're good deals and fit the frugal bill. 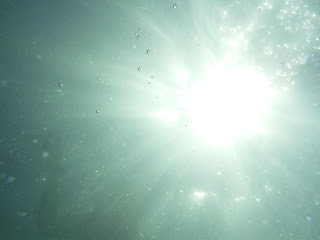 I'm always on the lookout for weird, cheap stuff that can be used in interesting, filmmaking ways. My latest find was a $5 endoscopic USB camera on eBay. This small camera lives at the end of a USB cable that plugs into your computer. It's water-proof and has four tiny LEDs that flank the camera, and illuminate anything directly in front of the lens. Made for inspecting drains and other tight spaces, this thing has to have some good filmmaking applications, right?

Now to be totally fair, this is a very cheap camera. It shoots grainy, soft, jittery, 4:3, standard definition video, that uses an auto-iris, so video levels are all over the place. You also must be connected to a PC (or Android phone for a more portable setup), which limits what you can really do with this thing.

Aside from creating some strange POV stuff (see the video), one very practical application here is pre-visualization, or pre-viz. This is the process of creating a quick and dirty version of your film using action figures or toys to create a "living storyboard" of what your actual film is supposed to look like. It can also help show how you want to create a complicated sequence in the cheapest way possible.

Whatever you decide to do with this gizmo, your mileage may vary. It's a cheap tool that may come in more handy than you think. And you really can't go wrong for the price. 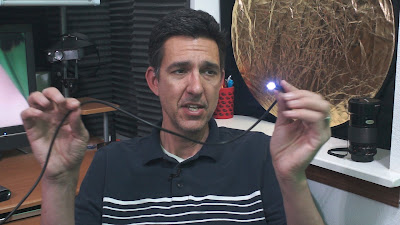 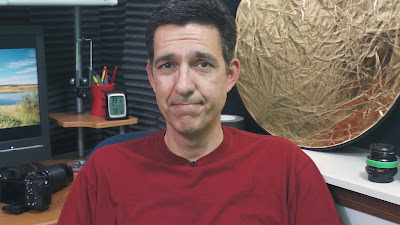 In the fifth part of my series on Making a Frugal Short Film, we take the script we wrote last month and break it down. It ain't rocket science, but this is an important part of chopping your script into digestible nuggets. If you are going to produce your script, you need to understand how all the pieces fit together and plan accordingly.

In the video I cover isolating (with colored pencils!) characters, props, locations and fx shots. Next up is writing camera shots in the margins, which is the inception of your storyboards and an eventual shot list. Finally, dividing your script into 1/8"-based scenes will tell you how each scene is for future planning.

This is basic pre-production and while it may seem trivial, it is very important toward comprehending how you are going to pull everything together. Next month we start thinking about critical crew positions! 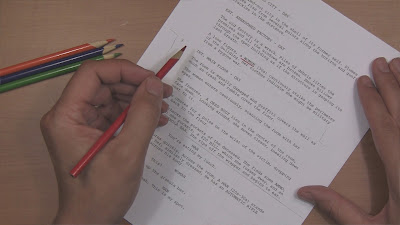