A lavalier (or lav) mic is great for attaching to your talent when a boom mic just won't do. They are easy to attach and conceal and guarantee a specific distance between the mic and the talent's mouth. Like anything, there are always things you can do to make the process better, and today's tip episode covers a few things that might help you out. 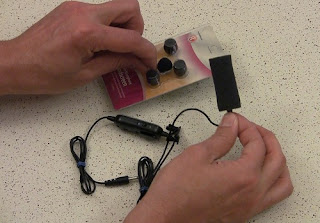 Recap Q&A: How Do You Waterproof a Camera?

The most important stuff you can know about digital video
http://www.redsharknews.com/technology/item/533-this-may-be-the-most-important-stuff-you-can-know-about-digital-video

Another popular request is that of the DIY follow focus. With interchangeable lens cameras (and thus shallow depth of field) becoming so popular, it is now very important to carefully watch your critical focus. Keeping your subject in focus while they (or the camera) move around the set can be a challenge. A follow focus lets you (or your focus puller) do this job more efficiently.

The Frugal Follow Focus takes a standard follow focus gear (click here for different sizes) that is typically part of a larger system, and simplifies its use. Add to that a silicone rubber wrist band and the ever-popular C47 (a clothespin) and you’re in business. 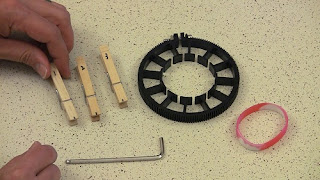 Recap Q&A: How Do You Vlog?

Learn for a lifetime, not a product cycle
http://feedproxy.google.com/~r/theblackandblue/~3/epEtJE7BhBg/

Find the perfect lighting gels with these pocket guides
http://feedproxy.google.com/~r/theblackandblue/~3/JEU-Ar89b3w/

When shooing outdoors in broad daylight with my Sony NEX 5n, it became clear that I needed an LCD viewfinder.  These gadgets will not only isolate your screen from the sun, but also magnify it so you can better check critical focus. I was planning on making one, but that has been done pretty well by both Knoptop and Dave Dugdale. Plus, this cheap Chinese version was only $5 more than the DIY version which would have taken me longer than an hour to create and I wouldn't have saved all that much.

Of course, I couldn't use it right out of the box the way I wanted to and had to modify it anyway.  Probably spent more than an hour doing that, so while it wasn't as inexpensive as I had hoped, I still liked it.
Posted by Scott Eggleston No comments:

Some sound advice on making an independent movie
http://fstoppers.com/some-sound-advice-on-making-an-independent-movie

Several viewers have commented about possibly changing the title of this show to showcase various gadgets without constantly going "over budget". So I have done it! Instead of trying to find individual items that float around the price of one dollar, now all the items featured in the show should be covered by ten bucks total.

This frees me up a bit (though the format or things I buy doesn't really change) to buy slightly more expensive finds without always getting buzzed for over-spending. What might change, however, is that some shows may have a bunch of cheap items or one at ten dollars even. I prefer the variety of many versus the singularity of one, but that's how it goes.

This time out,  I found a stubby but well-made camera handle that I've attached to my Frugal Stabilizer II, a lens pen for removing dust, an air pump bulb for cleaning my camera sensor, and iPad protector screens that could perform the same function on a camera LCD.

I still go a bit over budget, though if you look at the current prices for these goodies (which tend to fluxuate), I made it under a Hamilton.
Posted by Scott Eggleston 2 comments:

How I filmed a feature length cross country cycling documentary on $2500 with no assistants
http://fstoppers.com/how-i-filmed-a-feature-length-cross-country-cycling-documentary-on-2500-with-no-assistants