Richard Matheson’s book 'I am Legend' was published in 1954 and is now available in three film versions. The first starred Vincent Price and was called The Last Man on Earth (1964), the second featured studly Charleton Heston and was dubbed The Omega Man (1971). Now we get yet another incarnation with Will Smith that uses the original (and most cryptic) title of the novel. While I wasn’t thrilled to learn I was getting yet another remake in 2007, I am Legend is a very good movie, a thrilling, scary, heartfelt, sci-fi survival tale. It’s one of my favorite films this year.

Robert Neville (Smith) seems to be the only survior of of world wide plague triggered by a mutated cancer cure. Now he wanders the once busy streets of New York City looking for food and something to do. With only his trusty dog Sam and an assault rifle by his side, he hunts and gathers by day, then locks himself in his fortified house at night. This is due to fact that dawn brings out horrible mutant-zombies that seem to have only one thing on their fevered minds: kill Neville. Still dedicated to finding a cure for this disease in the city he was responsible for, Neville continues his work to save the human race. But can they be?

Let me first say that for this movie to work, the lead has to deliver or everything dies. Will Smith is on screen for the entire film, and he is great as protagonist Neville. He conveys the intensity and pathos of a guy who has lost his family, his world, his mission, and some of his mind dealing with the void left on a planet virtually devoid of human life. It’s a crushing setup, and Smith is up to the challenge. There is one moment where Neville must perform a horrific task, and the camera lingers on Smith’s face when he does the deed. It’s a heartbreaking yet necessary moment, and he owns it.

Director Francis Lawrence (Constantine) slowly dials up the suspense, and never lets up all the while flexing his cinematic skills in this well crafted tale. There are several sequences that feature no dialogue (what Hitchcock called “pure cinema”) but play out completely as visuals. This makes complete sense in a world with no one to talk to, but there is conversation. Neville talks to his dog, makes video log entries, and has flashbacks to the day Manhattan was locked down. This all makes complete sense, and I welcome these silent passages that allow visual storytelling instead of the screenplay telling us what we already see.

I am Legend is a very scary film, despite the over dependence on CGI. There is a great sequence when Smith chases his dog into a dark building, and we hold our breath (but understand) why he goes in. Another features the great visual device of a slowly narrowing shaft of light that is barely keeping three mutant dogs at bay while a wounded Neville crawls back to his vehicle. Palpable suspense can be done, but is hard to maintain (see 1408 and The Descent), but I am Legend follows through all the way to the end.

The least impressive element some of the computer generated trickery. When the filmmakers use it to show a New York that is abandoned and slowly being reclaimed by nature, they really succeed. Tented skyscrapers, weed-infested streets, and a destroyed Brooklyn Bridge all look very convincing. Rubber-faced, super human zombies and digital day-for-night don’t fare so well. It’s always been hard to intermingle fake creatures with real ones, and apparently it still is. This doesn’t derail the movie, but I would have preferred not being taken out of the experience every time I noticed a cheesy effect.

What really does work is the human element. Smith’s character is well developed as the film plays out, and the screenplay by Mark Protosevich and Akiva Goldsman makes him very real. We like him, we root for him, and we want him to survive and succeed in his mission to find a cure. This ain’t just a drama, however, and there are lots of entertaining elements of action, suspense and horror to please just about any fan of viscera. I am Legend is an intelligent sci-fi tale, a story with ideas and subtext that will get you thinking all while it’s scaring the hell out of you.
Posted by Scott Eggleston No comments: 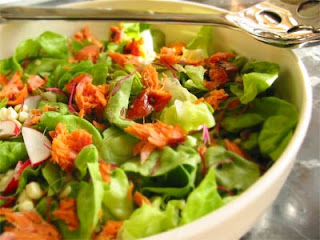 Lessons Learned from Filmmaker Eric Escobar
PrepShootPost has a great list of ten things that Eric learned from his recent short film experience. They are all good and cover the technical as well as the practical. My favorite is probably the first, which is a lesson I keep having to learn over and over: "Don't do everything yourself". Also check out other entries in Eric's series which include Preproduction, Day One Done, and Wrapped.

Stu Maschwitz has posted a list of gifts for that filmmaker that has (or wants) everything. At the top of the list is Stu's own wonderful book, The DV Rebel's Guide. I recently received a copy for my birthday, and I'm having a swell time learning from Stu's many pages of experience. I've just started, so I can't post a full review, but I will in the future. Also on the list is the little camera that could, the Canon HV20.

Ten Things a Marketer Should Know about Online Video
[Courtesy Camcorder Info] Another top ten list checks in with Kevin Nalts helpful post over at his blog, Will Video for Food. There he shares his success and tips for creating that viral video that will sweep us into our own fifteen minutes of fame. Lots of valuable information here that can help us create that viral clip that will draw people to our own websites--that feature our movie, of course.

Fellow low budget resource MicroCinema Scene has mysteriously vanished, with only a filmmaker graphic and the tease "We'll Be Right Back" remaining. I like MCS, and have linked to them several times for good information (and forums) that they provide. As expected, blogger and filmmaker Christopher Sharpe is up to no good during his break from maintaining the site. As revealed in a comment on this blog, he is producing Skeleton City, a new web series that looks interesting to say the least. I look forward to the series, and the return of MCS.
Posted by Scott Eggleston 2 comments:

Cinema Salad for a Date that will Live in Infamy 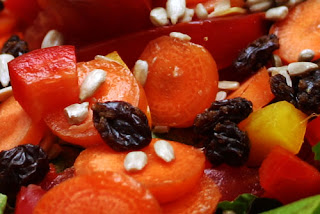 I apologize that the salad is pretty sparse this week, but I'm still on paternity leave and getting around to blogging duties has proven pretty tough. My time is taxed between helping with the baby, managing my twins, and helping my wife recover. I still managed to find some good links, but original content has suffered greatly. Please bear with me, and things should return to normal soon enough. Enjoy!

Awesome Footage Via Sony EX1 and Letus Extreme
FreshDV shares some great links to what can be achieved with a nice camera and equally nice 35mm lens adapter. UK Director of Photography Philip Bloom married these two devices together and the results are quite spectacular. The resulting shots look amazing, and are yet another testimony of how spectacular imagery can be had for relatively little cost. Okay, so the EX1 is a $7000 camera, but the Letus Extreme (and others) can be attached to smaller, more affordable HD cams like the Canon HV20. This opens up a lot of possibilities for the rest of us.

Mystery Man Shares Gaggle of Screenwriting Links
Speaking of sharing some great links, Mystery Man on Film does so ad naseum. The topic is screenwriting, and there is a ton of stuff to peruse here. Since writing a great script is the foundation for making a great movie, it would behoove all us micros to check out this great list, and click a few times. I just wish I could compile such link love as well as the Mystery Man. It's an impressive feat in and of itself.

Will Smith's Steps to Success
Entertainment Weekly published their list of the fifty smartest people in Hollywood recently, and Mr. Will Smith ranks a very respectable fifth. His is the only entry where the subject gives a list of how they succeeded, and Mr. Smith's list really applies to all us filmmakers. It may seem somewhat generic (you could probably use this list for just about anything), but it is inspiring coming from someone as likable and successful as the Fresh Prince. My favorite tip: "Work your ass off." The Editblog also spotlights two editors who made the list.
Posted by Scott Eggleston 2 comments: