Screenplay: How to make a frugal short film, part 4

The quality of your screenplay can really make or break your film. Not only does this apply to the final product, but also in attracting people to work on the project in the first place. One thing I've always appreciated about Pixar's films (and one reason they constantly produce hits) is that they obviously spend time on the script. It's that important.

So much has been written about screenwriting, that I'd be crazy to try to teach any kind of formal lesson in such as small space. What I can do is share some tips that have helped me bring a short outline to finished script.

While I go into more detail in the video, here's the gist of it:

Keep it brief - use good, efficient writing instead of bloated prose. You're writing a screenplay, not a novel. Action blocks should be no longer than three or four sentences, and descriptions of any kind should only be one sentence. When something new happens, start a new block of action.

Write solid dialogue - your characters need to be realized enough so they say things those people would say. Get to know them so they can speak through you. Everything they do say should reveal character traits, move the story forward, or both.

Avoid camera angles - your script is not a literal shot list. Disguise camera angles in your writing so there is only one way to interpret the script visually. This will make for a better read, and make whomever directs your script think they came up with all the stellar imagery.

Keep it interesting - no one likes a dull story with dull people. Keep things lively and make your script a page turner. While you're not writing a novel, your screenplay should be just as engaging as one.

The film script is so important. It's the foundation upon which all aspects of your eventual movie is constructed upon, and needs to be given the time and respect that this responsibility commands. Nothing can save a bad screenplay, So go write a good one!

P.S. Screenplay archives are a great place to download the real thing and see how its done by professionals. Remember to get the real thing and avoid "transcripts" which are just summaries and not the writer's real work. Here are a few to get you started:

The How to Make a Frugal Short Film Series
Part 0: Cultivate an audience
Part 1: What is it?
Part 2: Reviewing resources
Part 3: Coming up with a story
Posted by Scott Eggleston No comments:

Q&A: Should I dump my SD cards to my laptop when shooting in the field?

Today I answer questions about Sony Vegas Pro, memory card backups, reviewing shavers, a dynamic mic on the end of a boom pole, and a summer chromakey shot. 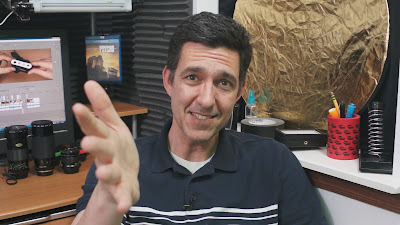 If you do any tabletop shooting, an external monitor is a must. No matter how well you mark your recording surface, your hands and other objects will wander unappealingly out of frame. After getting some permanent space and shooting everything on my computer desk, I discovered a much better external monitor than my previous 7" version.

What I did was turn the large computer monitor already on my desk into a giant external monitor for my tabletop shoots. I did this by simply running my camera's composite video out into an external USB video capture box. This allowed me not only use my computer monitor as a video monitor, but also to flip the image to see what my upside-down camera was recording.

This idea could be put to use in many other situations as well. Use an even larger computer monitor in your studio. Use a laptop as an external monitor in the field. If you go the external USB capture box route (you can use an internal computer card as well), the whole setup is very portable. 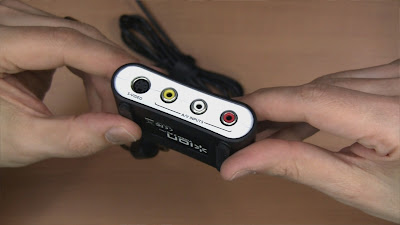 Older computers can even be re-purposed for this task. Since all you are doing is displaying the image and not recording it, less computing resources are needed. In fact, the box really does most of the work outside of the computer itself. Evidence of this is the slight delay you'll see when viewing. These cards act as your basic analog-to-digital converter, dumping the new signal to your computer where you can do what you want with it.

My setup is simple and cheap. I found the ION Video 2 PC box, which is all over eBay for very little money (I picked up a used one for $18 total), and will work on both the PC and Mac. If you go this route, make sure you get the MkII version, which (supposedly) works better on modern systems. Also make sure you get your drivers from the included CD and not those found on ION's website. I could never get them to work, but the CD worked without a hitch.

For displaying on my monitor I used the free Bandicam software, which seemed to be one of the few programs that would correctly display the 16:9 widescreen output coming from my camcorder. I also used the free iRotate which allowed me to flip my computer image (with a keyboard shortcut) to correctly see the inverted image I was shooting. If Ctrl+Alt+arrow keys don't already do this for you in Windows, install iRotate. It will fix this oversight. 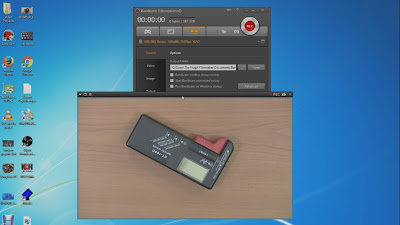 Of course, if you already have the appropriate composite or HDMI inputs on your monitor, this whole idea may seem moot. If you don't (or need to flip your camera image because your monitor can't), here is a cheap way to do it anyway.
Posted by Scott Eggleston 2 comments:

Today we talk about pulling focus, camcorder zooming, my "new" editing computer, where my speakers went, and where I picked up my 7" monitor. 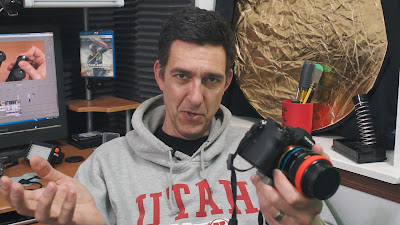 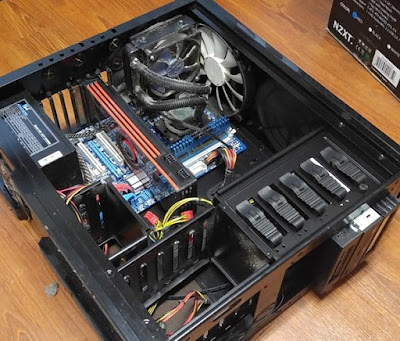 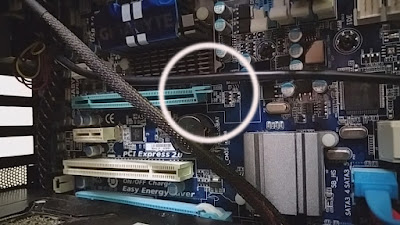 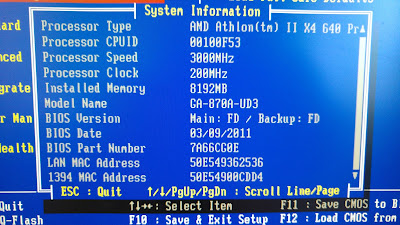 Stay tuned to find out!
Posted by Scott Eggleston 3 comments:

How to fix thrift store tripods

A common filmmaking item you'll often find in a thrift store is the second-hand tripod. These may be in good shape and complete, or they may be a total wreck. A common issue seems to be that the quick release plate (that attaches to your camera and locks onto the tripod) is often missing.

In the video I share some way to check the integrity of your bargain, as well as a fairly simple fix for the quick release problem (which will vary depending on the tripod, of course). 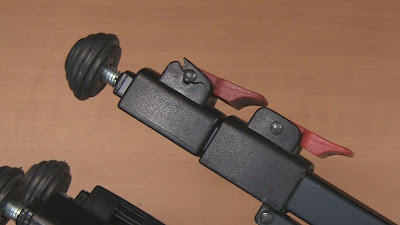