Q&A: Should I shoot black and white in color? 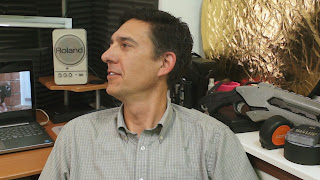 After producing videos for The Frugal Filmmaker for the past five years, I've accumulated a lot of video. I've been wanting some kind of archiving system so I could gather all my video in one place, have easy access to it, and have it constantly backed up in at least two places. My first attempts at this was to back up select videos to Blu-ray discs, but what if I wanted to archive everything?

Some YouTubers commented on that video and asked if I had ever tried Network Attached Storage (NAS). I had never heard of such a thing, but quickly discovered what they were and how they were a step closer to my archival dreams. Essentially a big box that connects to your computer, an NAS will not only act as a big fat drive to store video, but will also automatically mirror that stored video into a second drive contained within. If one drive goes bad, you replace it and the contents are restored.

I liked this idea but didn't like the expense, or the fact that both drives could be taken out in one swift stroke from a disaster like fire, flood, or theft. My solution was to get separate external drives and spread them over a local area network (LAN). Hopefully, anything bad that would happen to one wouldn't happen to the other due to this physical separation. 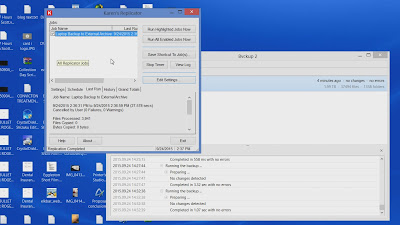 The above video details my setup as well as the software (Karen's Replicator, Bvckup 2) that I'm using to automate the backup process. Now, when I create a new project folder on my laptop, the contents are backed up to the first external drive and later the archive copies the new contents to the second external drive separated across the network. Both these actions can take place immediately (if I activate them manually) or in the middle of the night (via timers) while I sleep.

I really like this new setup and it gives me some nice peace of mind. No longer to I need to scatter all my projects across a bunch of "small" external drives and when I need older project footage, it's there. If one drive fails, I replace it and copy all the contents from the drive that didn't. Simple.
Posted by Scott Eggleston 2 comments:

Today's questions cover the riveting topics of expensive cameras, my rapid speech, an on-set toolkit, a hissy microphone, and my reactions to the 100,000 subscriber milestone. 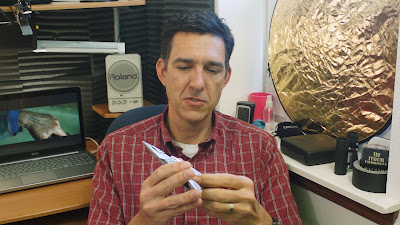 When I moved to Alaska recently, I was excited to finally get a room that I could use as a small studio. In the past I would always have to set up every YouTube shoot from scratch, which could take anywhere from twenty minutes to an hour. I looked forward to the day when all I had to do was walk in, turn on the lights, put on a mic, turn on the camera and press record.

That time is now, when I inherited our new laundry room as convertible studio space. My excitement was a bit dampened when I walked into the near-empty room, said a few words and heard my voice echoing all over the place. Some serious work was going to have to be done, but as usual I didn't have much money to spend and had to mostly use what was laying around. I did both and the result turned out pretty good. Watch the video to see what I'm talking about.

There is more to add, and in a future episode I will be sharing some visual elements of converting this small room into a micro-studio. This includes lighting and camera angles which not only cover shooting my talking head on screen, but also a preset method of doing my tabletop videos.

This new setup looks to be really good and fast for me, and if you are thinking of doing the same thing, there might be some valuable information here you can use as well. The best part is the complete removal of all setups starting from scratch. That alone makes me thrilled and will help me produce videos a lot more efficiently. 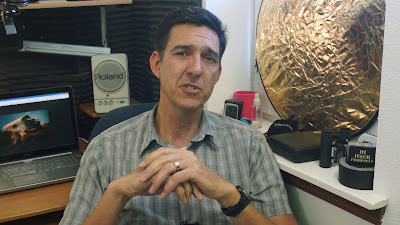 STUFF MENTIONED IN THIS VIDEO

Q&A: How do I get that shot directly from above? (Trivia Monday)

It's the first Monday of the month, so you know what that means... If you don't, check out the video! 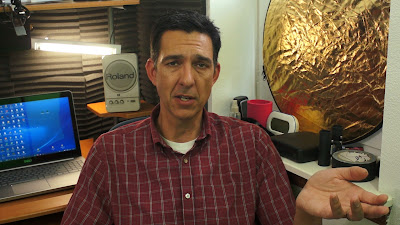