Argh. As of late, I seem to be having trouble getting my Recap episode up on my blog on the same day that I activate it on YouTube. I'm not sure why this is, but it has been happening more than I would like and I apologize. The blog needs more love from this writer's hands. It has been neglected for too long and I can see the dwindling readers as evidence of this.

Above is my latest Recap video and I hope enjoy it (if you watch these kinds of videos). Meanwhile, I'll go work on an article while I'm trying to find locations for my thesis film. Making movies is fun!
Posted by Scott Eggleston 3 comments:

After getting that large box from Fotodiox, my thesis film fundraising stepped in and took all my time. I've recently re-opened the box and started poking around. Lots of interesting stuff in there!

In this video, I look at one of these goodies, the 7" "Power Arm". This articulating arm allows you attach any 1/4-20 gizmo such as lights, microphones or monitors. Here, I demonstrate the flexibility of this gadget by attaching my Coby 7" monitor that doesn't even have mounting threads!

Instead of a typical cage rig (that many of these arms attach to, I use my trusty Frugal Stabilizer II. Works for me. 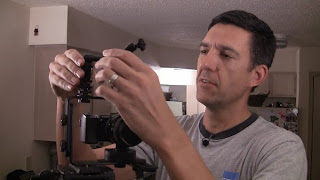 Recap Q&A: What Gear for Weddings?

More questions this week that range from what camera I'm using on Collection Day, to the order of rolling sound and camera on a take, to recommended gear on a wedding/event shoot. Hopefully I answer everything without sticking my foot too far into my mouth. I have big feet and a proportional mouth to go with it.
Posted by Scott Eggleston 1 comment: 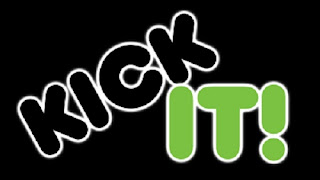 After recently running a successful Kickstarter campaign to fund my thesis film, I came away having learned much more than I knew going in. I fully admit that even though I did some research, I really didn't know what I was doing. I did look at other campaigns that were asking for similar amounts and read several blog posts, but that was it. I was a very green crowdfunder.

Though I didn't know a whole lot about this process, I still went in with both barrels blazing. I had a lot riding on raising this money, with the most to lose if it failed. There was a point in the middle there when I was really stressed out that we were not going to make our budget. I started thinking about contingency plans and publicity stunts to push us over the top.

Fortunately, everyone came through.  Family and friends were awesome, but it was the people who read/watch my stuff on the web that made up at least two-thirds of all the pledges received. We were successful and allowed to move on to the next phase of production.

The following are a few things I learned along the way:

Know your audience well enough to select a reasonable goal.
I thought I had a formula for this. After listening to film marketing consultant Sheri Candler, I determined that I would use a formula to select an adequate budget for my film. Since there is a lot of crossover between YouTube subscribers, Facebook group members, blog readers and Twitter followers, I stuck with the basic number of YouTube subs at the time: 55,000.

The bad news was I over-estimated the percentage of followers that would support me (I do cater to a frugal crowd). It wasn't 1% (550) as Ms. Candler predicted, but .55% (303). The good news was it didn't matter.  The half-percent that did support me, more than made up for the half that didn't. An extra bonus was a very generous contributor that swooped in with $1,500 with ten minutes to go, AFTER we had cleared our goal by over $400. I love those kinds of surprises.

Another interesting fact was that $25 (65 backers) was not the most popular pledge, but $10 (147 backers) was. Why? I wanted people who contributed $10 (the price of a movie ticket) to be able to see the film via an online premiere. Most Kickstarter campaigns make you pay at least $25 to see the film via DVD. I felt that was too expensive and had a lot of $10 backers as a result.

Read the requirements and prepare early.
Since I was running behind, I didn't read all of the fine print about what I needed to do before my campaign could go live. I knew that Kickstarter would take 2-3 business days to review and hopefully approve my page, but I missed the part about setting up an Amazon Business Account. This account allows you process pledges from credit cards and is mandatory.

Not having this ready delayed my submission to Kickstarter and prevented me from starting on time. Again, six days were lost waiting for approval from Amazon and then Kickstarter. Thankfully, in my case, it didn't matter. Kickstarter promotes the fact that campaigns under thirty days are more often funded than those that are longer.

There is one degree of separation between you and pledges.
Lots of people who couldn't contribute spread my link around, and I am grateful for that. Interestingly, it didn't seem to help much. My numbers state that those directly attached to me (family, friends, fans) are the ones who contributed, not a friend of a friend or distant relative or acquaintance of a fan of The Frugal Filmmaker. This tells me why it is so important to directly connect with your viewership. It is this "one-degree" relationship that will make a huge difference if you decide to crowdfund.

Be aggressive toward the end of your campaign.
Several people told me that in the last week of the campaign, I need to be posting about the campaign four or five times a day on Facebook and to pin these posts at the top of the The Frugal Filmmaker Facebook group which had over 8,000 members at the time (it's over 8,400 now). They said don't worry about being pushy and the real supporters will show up.

That advice was solid gold. I did post regularly which meant that it was showing up in people's Facebook feeds several times per day. They wouldn't see every one since they weren't always online. Pinning the post helped keep it visible and I varied the post with current updates so it wouldn't be stale. Later, I even began injecting humor to keep things fun. My favorite: "I want to make this movie, yes I do. I want to make this movie, how about you?" Not one person complained that I was spamming and people were pledging on a regular basis.

If successful, be prepared to lose 10% of the money raised.
Here's something else to figure into your budget: put some financial pad on your goal to compensate for fees and lost pledges. Kickstarter charges 5% for their service and Amazon almost the same to process everyone's credit card. Some pledges will have issues (expired cards, for example) and if not corrected after a week post-campaign, will be let go. The final amount raised was $10,926. The final amount that made it to the Collection Day business account was $9,936.32. Anticipate this and you'll be fine. I didn't, but again the generous $1,500 donor made this a moot point.

I'm very thankful to all of you who helped me fund my film. I hope these things that I took away from the experience will help you if you try this in the future. It's very exciting to think you can raise money with help from fans that is not a loan. Just make sure you fulfill your rewards and finish your film--then everybody wins.
Posted by Scott Eggleston 8 comments:

Recap Q&A: What If an Actor Quits?

No one likes a worst-case scenario. Today on the Car Show, I answer some questions about Kickstarter, cameras, and that nasty question mentioned above. I've been fortunate that this has never happened to me personally (though I've worked on productions where it has), but you should still be prepared for what you will do if it does. Remember, you can't kill anybody.
Posted by Scott Eggleston No comments:

Time to get back to making regular videos, so I thought a fitting return would be an episode of the $10 Budget. This time I have a couple of items from eBay and one from a local grocery store. I am really excited about the first one, a prop that I have tried several times to find and failed. The second two are more about keeping dry and holding things, but may come in handy if you need them.

Am I being to vague? Watch the video!
Posted by Scott Eggleston No comments:

Whew! The past twenty-four days have been quite the roller coaster ride with the Collection Day Kickstarter campaign. After a strong start and a quiet middle, everyone came through when they needed to. Not only was there a surge at the next-to-last day that put us over the top, but a super-generous pledge ($1,500) came in ten minutes to the deadline to push us WAY past our goal to a $10,926 total. What?! It really happened.

Kickstarter and Amazon still have to take their cut, but even after they do, we will still have close to $10k to make this film. That is awesome and will give the various departments some wiggle room to work within. This especially impacts production design and will allow us to create (or purchase) exactly what we need to make the film look and feel right.

Thanks go out to all who contributed and helped spread the word about this project. Without you we never would have had a budget of this size to make this project happen. I am very grateful for all the generosity and support that has come in the past month and continues to flow in.

There is still much to do. Cameras roll this October!
Posted by Scott Eggleston No comments: