The last couple of times I shot a "live" run-and-gun event (like a wedding reception) I found myself at a complete disadvantage with my standard camera and tripod setup. Lugging around a tripod to try to get in the right place at the right time is exhausting. I've also used the PVC Stabilizer and the Frugal Stabilizer II, but when I want the stability of a tripod, I have to go across the room and go get it. Time switching rigs can lead to a missed shot.

What I needed was some kind of hybrid rig that will give me a variety of shots, with various shooting modes that can be easily switched between. I noticed around that web that some had modified monopods for this purpose, but none really suited all my needs, so I made my own.

The "Eventpod" has worked out pretty well the times I've used it and it could help you if you find yourself in similar shooting situations. Press play to find out more! 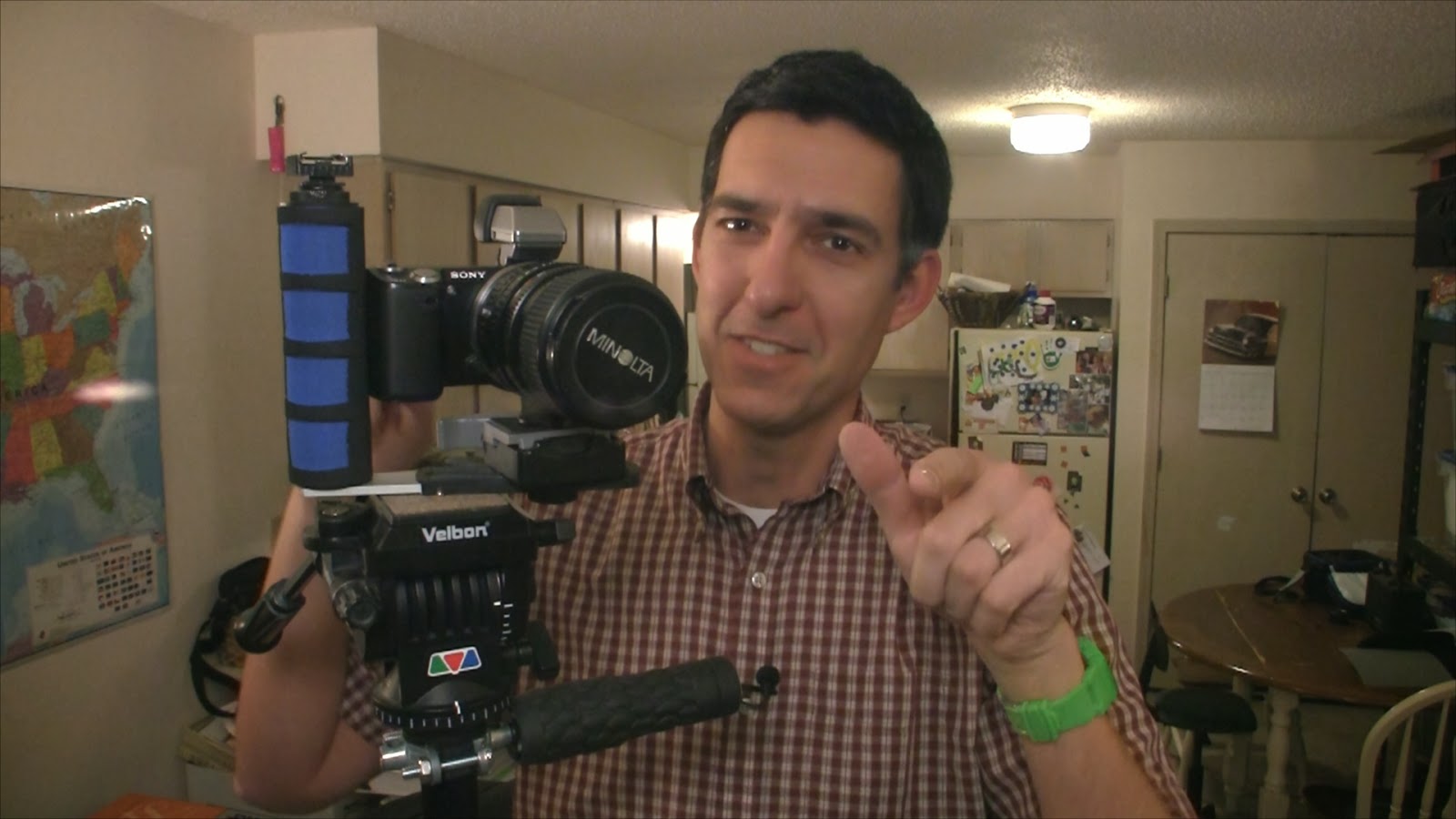 Velbon PH-368 fluid head (Yikes! Prices went up since I bought mine)

Watch Chad's "How to Build the RotoRig"
Posted by Scott Eggleston No comments: 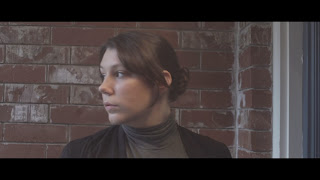 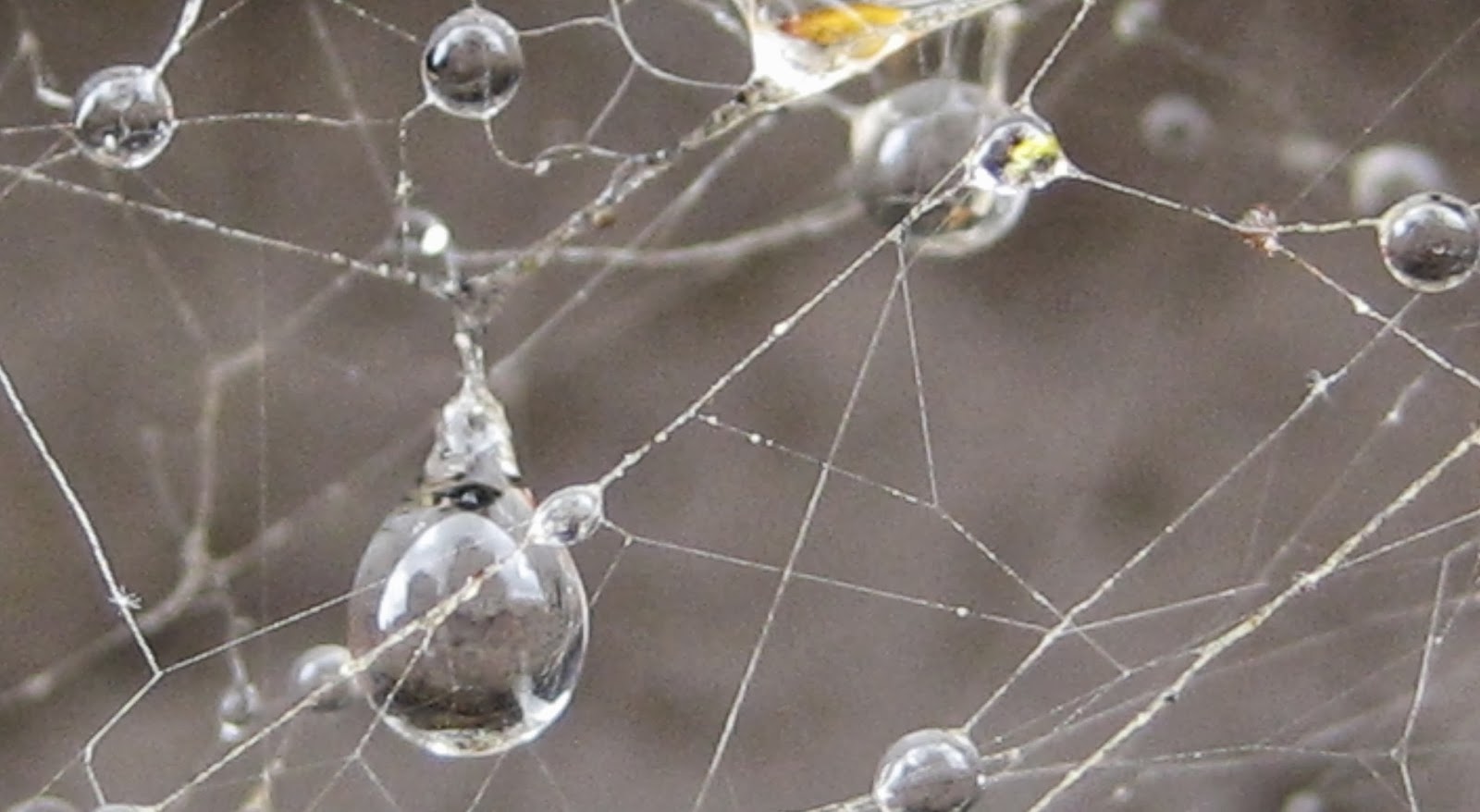 I've always been intrigued by the Transmedia concept, or the idea of storytelling over multiple media platforms. The problem, as I see it, with Transmedia is the technical hurdle involved (lots to know about various tech or cost in employing those who do) as well as the fracturing of your audience as they must jump through many hoops to get all of the story. The more hoops, the more will lose interest, even if you are a massive TV or film studio with large resources. And I am not.

What's more intriguing to me is the idea of putting multiple forms of media in one space to tell one story. That way, you can take advantage of the various story forms (text, video, audio, stills, graphics) and congregate them in one space that everyone can access--a website.

A very cool trend lately (and a form of what I'm talking about is the "scrolling story" that plays out as you scroll down the page. A fantastic example (though more elitist to the Frugal creator) is this Peugeot car ad. It uses a beautiful, graphic novel, partially animated look to tell a short spy story and hock it's wares. No real interactivity here (all you do is scroll), and it's really short, but it has some great eye/ear candy. 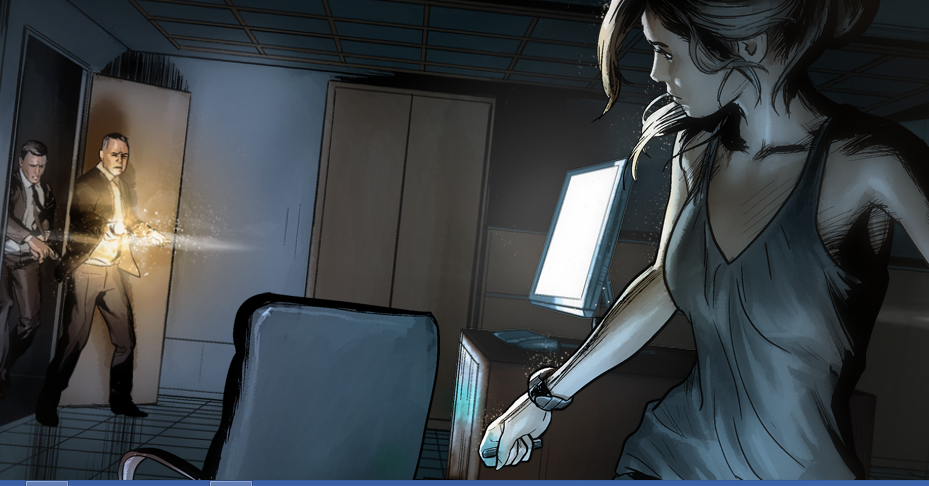 A closer idea to what I am thinking was given to me by Twitter user Gavin McKenzie (@gavinmkenzie), who turned me on to this New York Times web page "Snow Fall: The Avalanche at Tunnel Creek". It reads well and has supplemental video (interview clips), audio (from a 911 call), stills (embedded slideshows) and graphics (animated maps and diagrams of the mountain). It's really well done. Come to think of it, it uses a lot of the same elements used in a news broadcast. I'd like to use these same elements in a fiction setting. 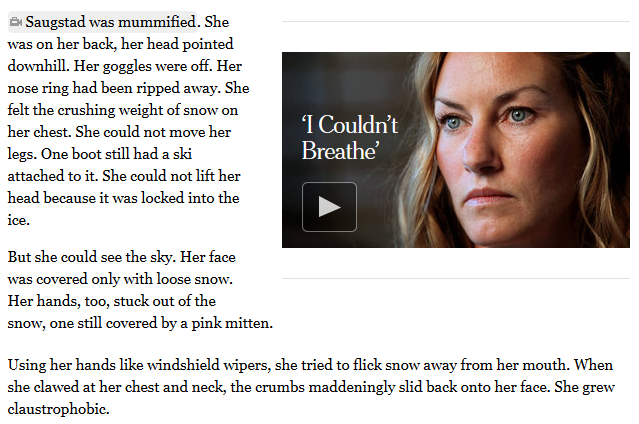 If I were to change anything that "Snow Fall" provides, it would be to leave out critical information in the text that the other forms of media would provide. For example, do not describe a character you encounter in the text, let the video do that. If you see a letter on a table, use a still to reveal it's contents. This will drive the participant to look at everything (as in a video game or the old Infocom test adventures), so that no stone (and thus critical information) is left unturned.

But what about "simple"? Even if you undergo the task of creating these storytelling devices, how many of us can construct a webpage that will effectively house all of them? What if you don't even know HTML? You are looking at the answer. Free blog pages like this one on Blogger or Wordpress use templates that can easily mimic a website. 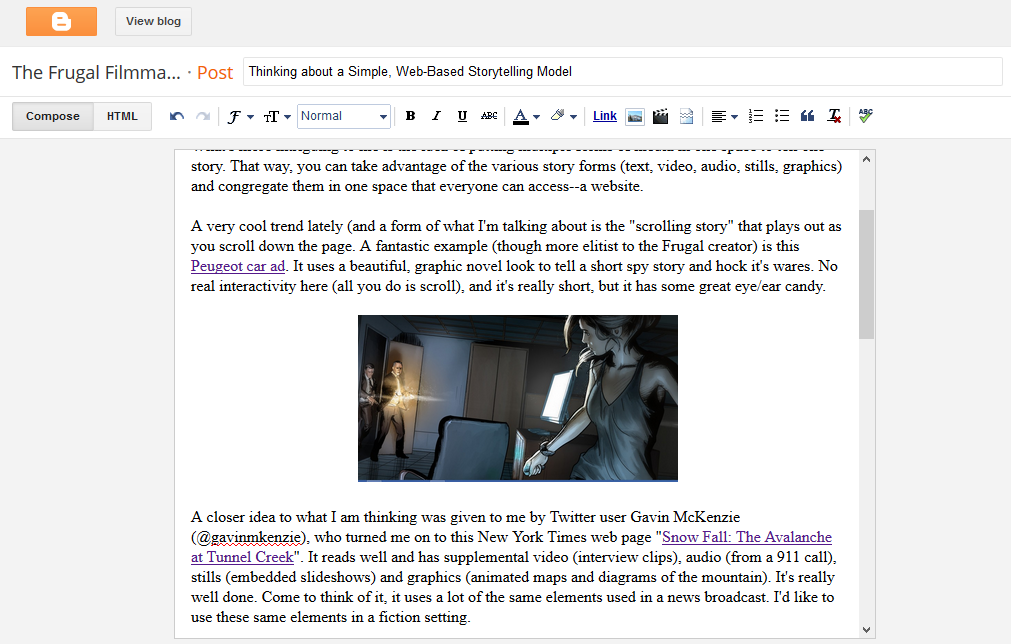 The editors in these free services easily allow them embedding of video, audio, stills and graphics with little or no programming knowledge. Simply choose a simple one-column template and run with it. You may need some HTML knowledge if you want to tweak the look of things beyond what you are given (and they allow you to get inside the HTML to do this), but either way all these forms can be used once created.

Think about a story that reads like a book, but includes a video clip when a character speaks. Or plays ambient sound based on location. Or includes close ups of objects (video or stills) when encountered. While not truly interactive (though you could make it more that way if you want to invest the time), it would be more an experience of discovery, like Transmedia. The main difference is that you don't have to run all over the web for the experience, potentially losing interest in the process.
Posted by Scott Eggleston 2 comments: 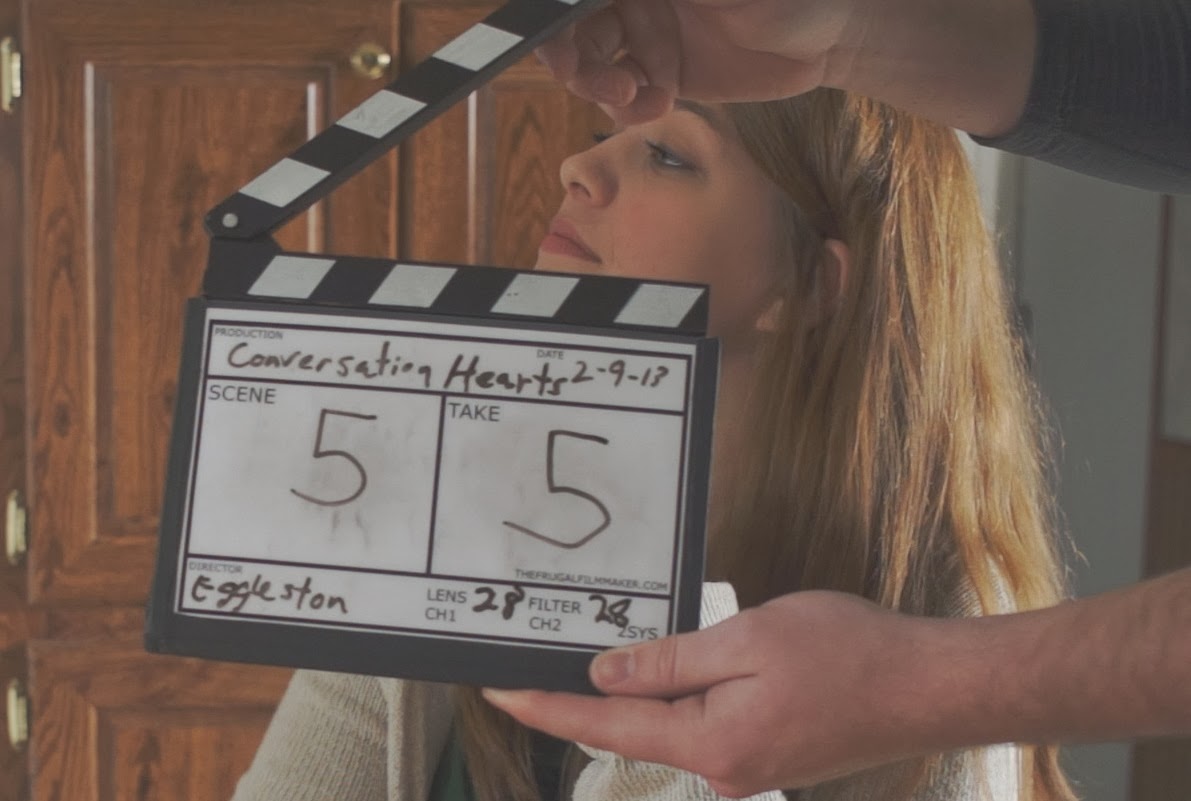 For those of you that wanted to build my Dry Erase Clapper Slate for $8 project, you may have run into a snag in the past. Part of the project was to download some image files (of pre-made slates) that you could then laminate and attach to a small, cheap wood slate found on Amazon or eBay. Problem was I was using the now-defunct (and frequently flaky) Fileden to host the files.

After another reminder from watcher Jonathan Lawrence that the downloads are not working, I've relocated them into my cloud storage over at Copy. This service should be a lot more reliable and instantly give those interested in this project my slate as well as the original "Cheap Slate" (for full sized slates) that inspired me. This link fix has also been applied to the original blog post and YouTube video, so hopefully this recurring error is a thing of the past.
Posted by Scott Eggleston 1 comment:

I know you're supposed to do this kind of thing before the old year ends, but with holiday, family and time off (which I've become very addicted to), I'm doing it now. A lot happened last year, much of which derailed my internet goals. This year needs to be a re-focusing of my efforts. With The Frugal Filmmaker YouTube channel topping 65,000 subs and the Facebook Group eclipsing 10,000 members, it's pretty plain things are growing. I just need to help them grow more and in the process hopefully share things that could help you achieve similar goals (if you so desire them).

1. Show more love to this blog. The number of readers of this blog has plummeted and I'm pretty sure it's not because they don't like the subject matter or think I'm a jerk. I need to return to consistent posting (at least once a week, preferably twice or three times) and respond better to comments. This page is supposed to be the hub of all of my content and I need to treat it as such. Some have suggested reaching out to the community for guest bloggers and I really like that idea. If that is something you'd be interested in, please contact me at thefrugalfilmmaker(at)gmail.com. And how about a blog redesign? I know it really needs it.

2. Return to consistently uploading two videos per week. Last year, I did a really good job at posting new content, twice weekly (until my thesis film came along). Monday was the Q&A show shot in my car, which had a really rapid turnaround (and simple production values), but gave hardcore viewers something to start their week with. The second slot (Wednesday or Thursday) would be filled with an official Frugal Filmmaker Episode, a tip show, a review or "The $10 Budget". By basically creating one of these a month, I wouldn't get burned out on any of them. I need to get back to that schedule. Of course, I'm open to other ideas if you have any.

3. Feed Twitter. I need to post at least one meaningful Tweet per day. This doesn't mean "I'm eating a really terrible sandwich right now", but something that another filmmaker could use in their own productions. This could be a short tip, a re-Tweet to something cool, or a link to a good deal online. Twitter can be a really valuable marketing resource that reaches people instantly, and I need to pay more attention to it.

4. Interact more with my audience. I've always been a notorious letter-writer (read: a bad one), and I have to re-connect with all of you good people that continue to think I have something important to say. This means responding to my emails and participating more on the Facebook Group (as a participant, not an overseer), and with YouTube comments. I don't want anyone ever to think I am not grateful for their patronage, because I really am. I need to engage regularly so everyone knows this and help wherever I can, since I am in a unique position to do so.

5. Make more movies. Filmmakers should be making films, not just reporting on what films others are making. I don't care what kind of projects they are, I need to create the kinds of narratives that I want to see myself. Lately I've really been pondering transmedia and multimedia presentations (which I need to blog about) and have been intrigued by what others are doing, but medium doesn't really matter. I need to be creative and hone my skills, which is the whole reason I started this Frugal Filmmaker stuff in the first place--I wanted an outlet for my work. Well, I've got one and now I need to put it to more use.

So that's the short list. I could attach numbers to everything, but that's probably of little interest to you. The point is that I've still got a lot to say and do and as long as you are interested in me saying and doing it, I'll continue to do so.
Posted by Scott Eggleston 5 comments: