If you've got big gorilla hands like me, you have probably become frustrated with modern super-small digital cameras. Sure, they produce great images, but they are like a toy in your hands. If they are not in a rig, they can be hard to just hold, to say the least.

This problem led me to create the original Frugal Fattener, which gave my tiny camera some much needed girth and added a nice soft foam handle as well. The problem with that version was that I had issues changing the SD card and battery (forcing me to remove the camera from the Fattener), and setting the rig down meant resting the lens on something. 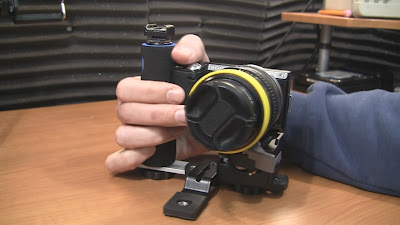 The Frugal Fattener 2 addresses these problems by raising up the camera for better battery and SD card access, and placing a metal stand that juts out in the same direction as the lens. Assembly is a very easy and requires no drilling or cutting.

I really like the Fattener and it allows me to easily and comfortably use my camera for shooting stills. I now have firm grip on the thing, can change out needed parts easily, and can set it down without worry. 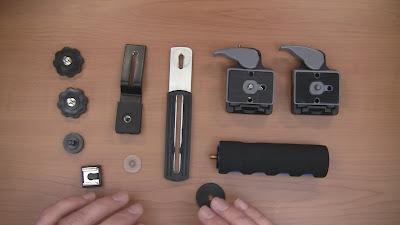