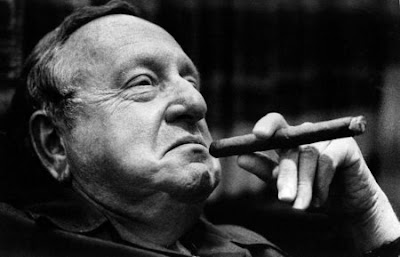 Lately I've been rummaging around old posts on this blog and I've found a bunch of broken links that used my old domain name, filmflap.net (remember that?). Like a dummy, some of my old links used that custom domain name instead of the ubiquitous blogspot address. This meant that when that old domain name lapsed, all those old links were broken. I'm in the process of resurrecting some of those articles, many of which I'm proud of and re-sharing them here.

The first is an elaboration on a post I read from pulp expert and aficionado Bill Cunningham. He shared an interview in which genre movie producer (some would say Z-grade movie producer) Samuel Z. Arkoff shared his formula (based on the letters of his last name) for making genre-based fare. I was really inspired by this formula and wrote a six post series sharing my opinions and elaborations.

Now that the links have been restored and can all be accessed, here is the series in its entirety:

A is for Action: Action Them 'til They're Dizzy
R is for Revolutionary: Revolutionary Scenes Get Talked of
K is for Kill: Kill Colorfully and Often
O is for Orate: Tell the World About Your Picture!
F is for Fantasy: Fantasy is what Audiences Spend Money for
F is for Foreplay: Foreplay is as Important in Dramaturgy as in Bed

Even if genre film aren't what you want to make, there is still a lot of good ideas here coming from Mr. Arkoff (despite the now out-of-date social media references). Being familiar with all forms of film can only help you when you go to make your specific brand of them. Let's get to it!
Posted by Scott Eggleston