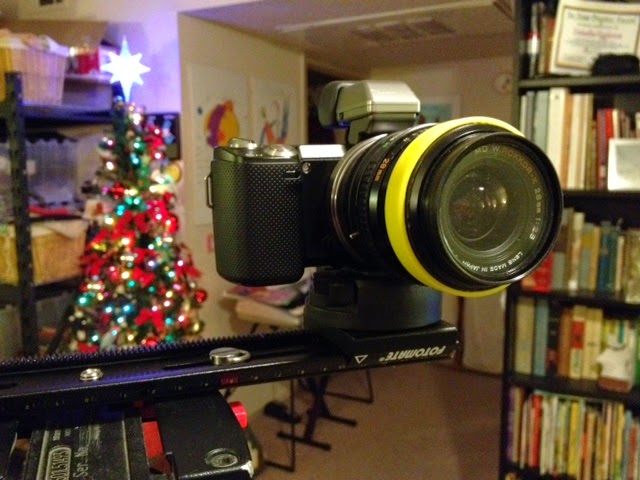 Here's a little project I've been working on that I wished had worked better. Okay, it's really not working at all, but I like the idea and might have to pursue it from a different direction. I thought of the idea when I saw a link to a tiny version of the RatRig and thought about making a cheap, small camera slider out of off-the-shelf parts. That's when I came across the "two-way macro rail slider" on eBay.

Macro sliders are supposed to be used to incrementally move your camera back and forth along a rail until you have your super-closeup picture in focus. I've used them in the past on my DIY Steadicam, The Frugal Floater. It made for a great camera stage where the incremental moves could be used to achieve balance. I thought this longer version could also be put to good use for something it was not made for. 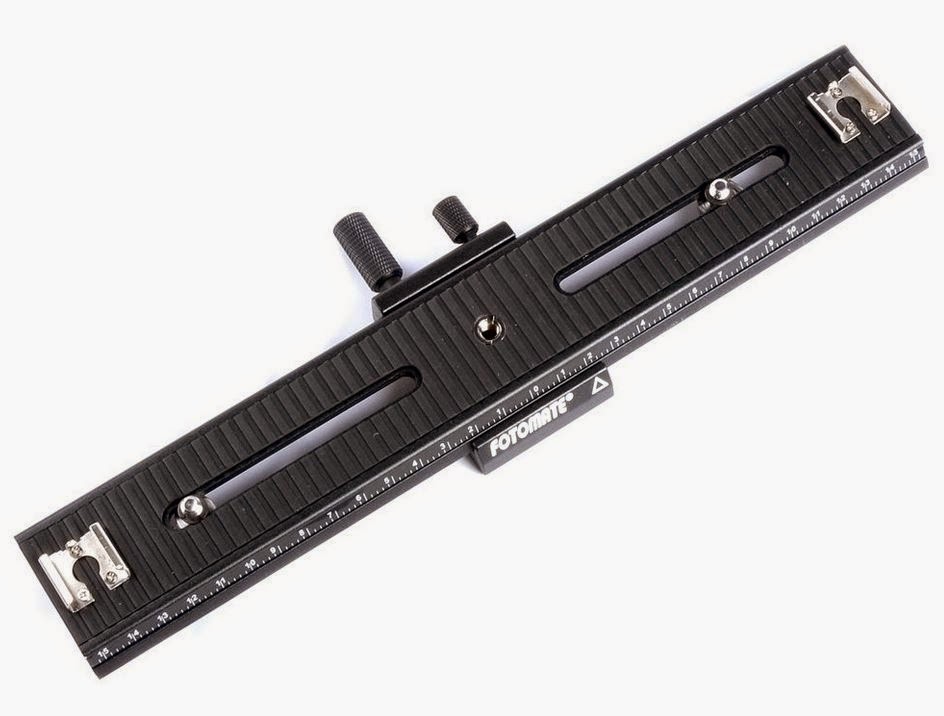 The first version of the two way slider was too cheap to be of any use. The gears that drove the slider mechanism did not play well together and there was actually some grinding when used. This led me to spending two more dollars on the "Fotomate" branded slider that looked the same as my short version used on The Frugal Floater. Cosmetically, the only difference is the Fotomate label and the rubber pad on the top that resembles a tank tread. The inferior model has no name and no tank tread rubber.

Anyway, my first attempt to use this gizmo as a camera slider was to remove one of the cold shoe mounts from one end, mount the camera and turn the knob manually to move the camera platform. To make the cranking easier (and more practical), I drilled out a window crank with a 1/2" drill bit. This opened up the 3/8" hole in the crank making it fit nicely on the slider knob (it even includes it's own set screw!). 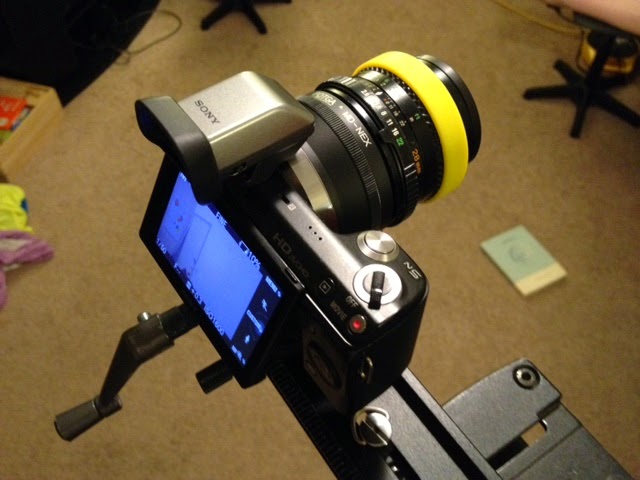 Problem was, the sliding motion wasn't very smooth. I even tried counter-balancing the platform by adding weights to the opposite end, but it was still too bumpy. This led me to flip the platform upside down, mounting it to my tripod. The camera was mounted to the sliding mechanism (pictured) and this would slide along the now-stationary platform. This solved the weight issue, but now it was too light. And still bumpy.

This is a work and progress, but I think the slider rail idea isn't going to work. The gears are just not made for smooth motion. I still want to make the "Itsy Bitsty Slider". I'll just have to try a different method. 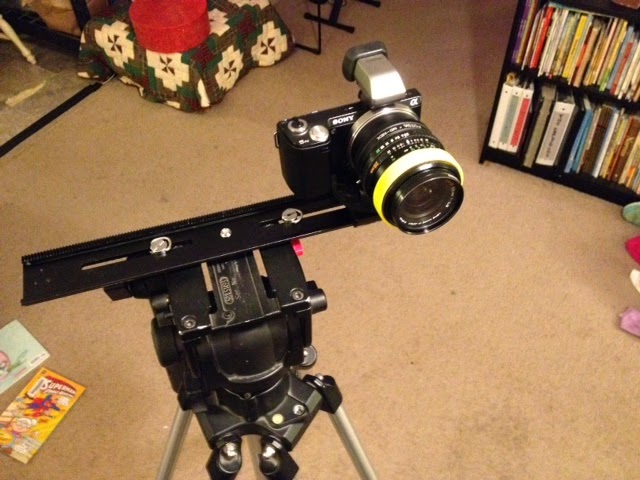