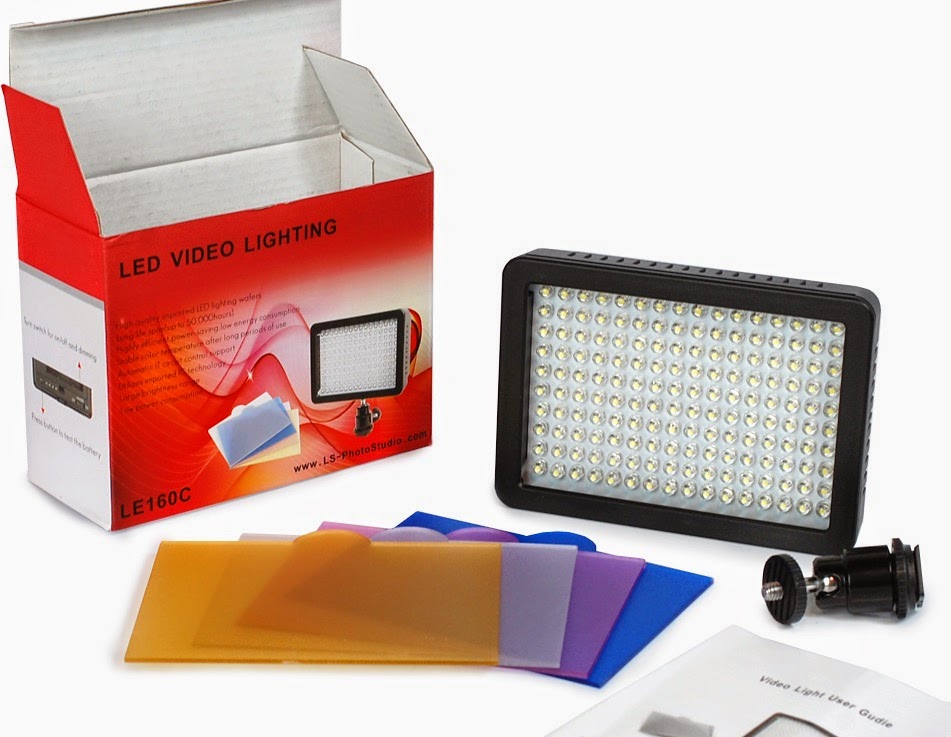 After my review of the Fotodiox LED98A light, several people suggested that I compare it to the less expensive and brighter CN-160 light that has become very popular. At $28, it's also a pretty good deal, and most reviews seem positive.

Since I'm always on the lookout for the cheapest price and possible cheaper alternatives, I went looking. What I found on eBay is what appears to be a copy of the CN-160 without the extra Panasonic battery plate. This clone appears to run on Sony NP-F batteries (which I've been using to power my camera, my external monitor, as well as the Fotodiox light) and AA batteries, which is a great option in a pinch.

The clincher for me was the price--under $20 (it's $24 on Amazon). It seemed so comparable to the CN-160 and was ten dollars cheaper, that I had to bite. I went ahead and purchased one, which should be showing up later this week. If it pans out, this could mean a three-point lighting setup for $60. A smokin' deal. I'm sure it has its shortcomings, but at that price a lot can be forgiven.

Look for a full review in the coming weeks.
Posted by Scott Eggleston