The Making of "Collection Day": Day 3

On day three of our shoot, we had a very bipolar experience. In the morning we shot inside of the business building on campus, which features an enormous glass window. As mentioned before (I think) there is a visual theme of glass in the film (due to the lead character's name--Taylor Glass), and this window is probably the largest incarnation of that idea. Shooting there went fairly well and we wrapped with a nice lunch with cast and crew. 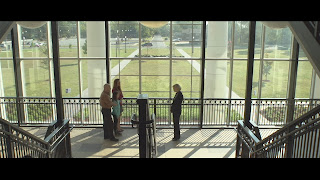 After lunch we moved to our second location, a small abandoned cement factory that everyone loves to shoot at. Not only does the location look great for all things run-down, but the owner's don't care if you shoot there and always let you do so at no cost. Our first issue arose when we found there was no longer power in the plant--another previous perk. The solution wasn't hard, we just had to go rent a generator. So we did. 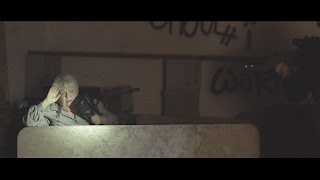 What killed us for the evening, however (and is not seen in the video), was the tactical light on Taylor's rifle went out after we started shooting. It used a special battery and I only had one. I took off to go find a replacement battery or light, but came up empty handed. I then tried to recharge the battery we had, but the provided charger was slow and would not give us the time we needed to shoot the scene.

We ended up cancelling the shoot and rescheduling. The very next day I ordered two new (and more efficient) batteries and a charger for the tactical light. I was not going to have history repeat itself.
Posted by Scott Eggleston