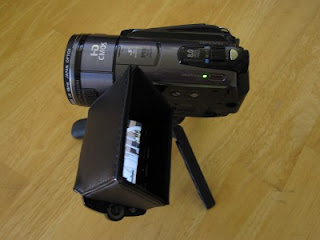 I've been wanting a camcorder LCD hood for a while now. I hate it when you end up shooting in bright sunlight, only to be annoyed by the glare on your fold-out monitor. I know there are a lot of DIY solutions to this (I've made them out of gaffer's tape before), but I wanted something more durable that would last. 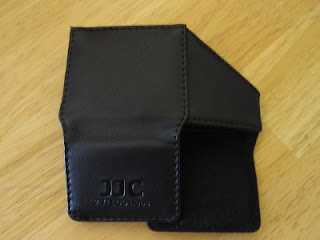 I knew there was an official Canon version for $20 that would fit my HFS100, but that seemed a bit pricey. I found a knock-off on eBay for half that price, and after a lot of procrastinating (I didn't really need one), finally bought it. Coming from China it took a couple of weeks, but I was very glad when it arrived. 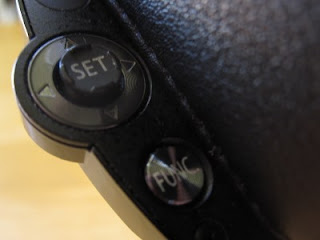 The hood is made of faux leather that wraps around your LCD and velcros against itself to stay in place. That's pretty much it. It shades your monitor so you can see better, though at certain times of day, you'll still have problems. I like the fact that the control joystick and FUNC button lie outside the hood, making camera control unobstructed. I also like that the hood folds flat for easy storage in my camera bag. If I have a complaint, it's that the velcroed back doesn't lie flat against the LCD, creating an unsightly lump. This could be resolved by removing the hard insert from the inside of the flap (requiring some slicing), but it's something I can live with. 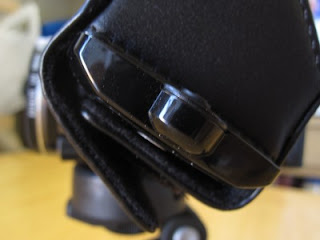