The Power of the Insert Shot 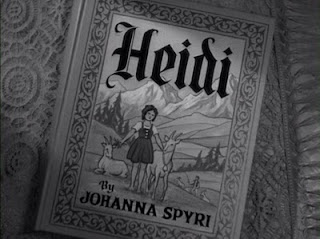 This past weekend, my wife and I gathered our three young girls to watch Heidi (1937), a Shirley Temple film from the height of her popularity. They really liked it and so did I. It was a solid movie that all ages can enjoy.

One thing I really took notice of was the following sequence and the effect it had on my kids. Heidi (Temple) has been dumped on her unsuspecting grandfather (Jean Hersholt) who didn't even know he had a granddaughter. Needless to say, he ain't too thrilled. After slamming his cabin door in her face, the plucky Heidi follows him inside, determined to make friends with her new keeper. 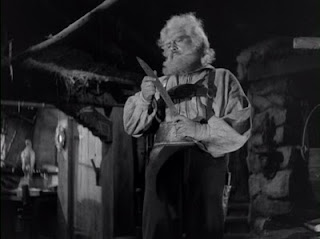 Grandpa picks up a large knife and finding it dull, begins to sharpen it on the stone hearth. 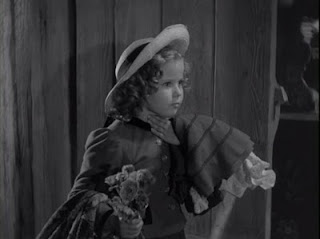 Heidi touches her throat in worry. 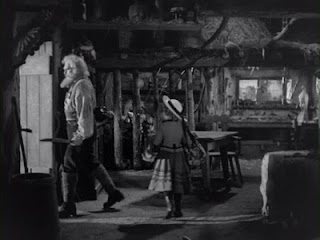 Grandpa crosses to the other side of the room and shuts the door (perhaps to conceal the murder?). 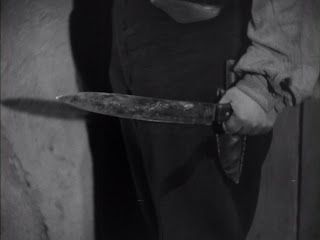 He turns, knife looking larger than ever and continues to turn until the knife points directly at us. 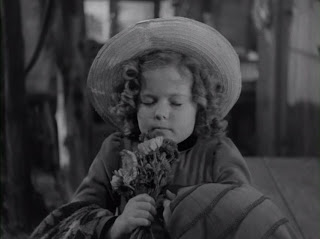 Heidi closes her eyes in anticipation of what can only be a beheading. 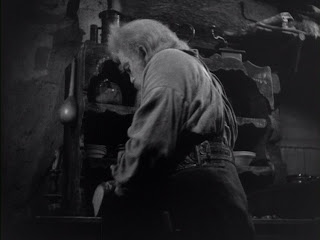 When she opens her eyes, Grandpa is only cutting bread (whew!).

Now, I admit this is a bit heavy handed. Of course grandpa isn't going to do the ol' "knife in the face" trick, this is a Shirley Temple film! What I found interesting is while the adults in the room immediately pick up on a perceived threat from the first few shots, when the insert shot of the knife hits, my three little girls hit the roof. Even my three year old understood that Heidi was in danger and was afraid. The point is, the language of cinema (when done right) is very powerful, even to a small child.
Posted by Scott Eggleston

That's very cool that you noticed that. I always enjoy looking for those sorts of things in films as well.