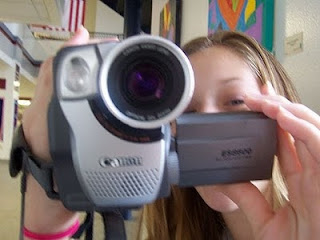 Today's post is the third in a three part series written by guest blogger Chris Henderson. Part two was published yesterday and Part One the day before that.

Let’s tackle some of the myths of casting:

#1 Good actors won’t work for free.
Wrong. You would not believe the caliber of actors that I have worked with, both as a fellow actor and as a director, on sets where no one was being paid. Using a quality script to woo actors who typically get paid a lot of money for their services is very doable. Also, there are plenty of up-and-coming actors who want to build their resumes or stretch themselves into a meatier role. And depending on where you live, there are plenty of working actors who never get the opportunity to play the lead, and that can be incentive enough. Again though, I don’t care how good they are, don’t cast anyone that doesn’t love what you’re doing.

#2 All good actors have agents, and agents won’t send their people on no-pay auditions.
False. Many agencies send their actors on no-pay auditions all the time but they don’t send everyone. When holding auditions, you should contact as many agencies as you can (some will even let you hold a round of auditions at their office, which is a huge perk). But you should also advertise on Craigslist, with any local actor or film groups, and anywhere else you can. Some actors will see the posting and show up even if their agency didn’t send them. And while most good actors do have representation, there are many who don’t (you don’t want to miss out on this pool of talent).

#3 Theatre actors don’t make good film actors.
Who told you that, an actor who’s never done theatre? Film and theatre are very different mediums, but acting is acting. Yes, some actors feel more at home on the stage than they do on the screen, and vice versa. But I will make the following argument for so-called “theatre actors”: while theatre people are, to be honest, often a bit more dramatic (read: annoying), they are also incredibly dedicated. A play typically consists of four to ten weeks of daily rehearsals followed by two to eight weeks of nightly performances. These actors understand commitment. And they also understand two principles that so-called “film actors” often dismiss: memorization and pacing. A good “film actor,” who has worked often on professional sets or under professional circumstances, understands pacing and shows up with her lines memorized. But actors who spend most of their time on lackadaisical and disorganized sets can develop very bad habits, showing up to set not only not having memorized their lines but not even knowing what scenes are being shot. This will never happen with a so-called “theatre actor.” (This is not to say that you should cast only theatre people, just that you should not dismiss them outright.)

The last thing you should consider when casting is chemistry.

Some actors are great in an audition scenario when the focus is entirely on them, but they may not play well with others. In a balanced script every character has at least a few moments when it’s his time to fade into the background and help his scene partner shine. Some actors have a hard time ceding the floor to anyone else.

Also, particularly when the script calls for any kind of romantic scenario, you need to make sure that your actors have chemistry with each other. Sarah and Keith may perform a convincing romantic scene with each other, but Sarah may not be quite so convincing when you pair her with John. And you really want John for your leading man. As great as Sarah is, you can’t force chemistry.

Callbacks are a great opportunity to try different pairings and various groupings of actors to determine who works best with whom. Really try to spend a lot of time with this, because otherwise you might find yourself in the very uncomfortable position later of having to fire someone because they aren’t working with everyone else. This sucks!

If you’re putting together an ensemble piece, chemistry is even more important. You may want to cast less experienced or perhaps even less talented actors if they blend with your other cast members. Again, here’s a great argument for rehearsals, because with them you will get everyone growing together, and if everyone’s on the same page, you will have a much better and more convincing film in the end.

Now wrapping up this series, in summary:

The casting call and the auditions are an extension of the film itself and they should reflect the film your making.

Be upfront and honest about EVERYTHING.

With a micro-budget, personality is every bit as important as performance.

Make sure all of your actors work well with each other and have chemistry together.

CHRIS HENDERSON is the writer and executive producer for the upcoming series “The Gap.” He graduated from the University of Utah with a B.A. in Film (focus on Screenwriting), and has worked full-time as an actor/writer/director/producer in the film/theatre/television industry of Salt Lake City for over 10 years. Check out “The Gap” on facebook at: http://www.facebook.com/pages/The-Gap/120242371339975

Very solid. Should be required reading for every new director.