The Canon 60D may be the Holy Frugal Grail 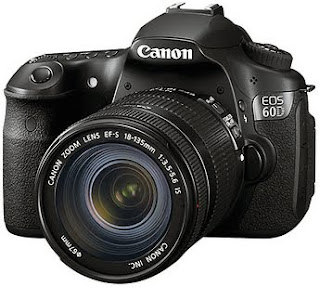 CheesyCam just posted some info about the upcoming Canon 60D, a video-shooting DSLR that has added some very nice features that the T2i lacked. I had some serious reservations about the T2i, mostly do to no manual audio control and a fixed LCD. I'm a one many video army most of the time and need a camera that addresses all scenarios. The 60D may fit the bill.

Manual audio control is now there as well as an articulating monitor. Nice. That coupled with the interchangeability of lenses may give me that super camera that I've always wanted. I'm still pretty fond of the surprising and inexpensive Sanyo CG-10 ($120) and my workhorse Canon HFS100/200 ($750), but have to admit that at $1100 (body only), the Canon 60D is pretty exciting.

I don't think the sensor overheating issue is solved yet, but it will be when these sensors end up in heatsinked video camera bodies. That, along with XLR inputs, will give me (and everyone else) a camera that does it all. Hopefully it won't cost too much.
Posted by Scott Eggleston

The Panasonic GH1 is also a very viable alternative, $999 body-only from Amazon.

Can you show examples of footage you have shut with the sanyo?