An Experiment in Viral Distribution 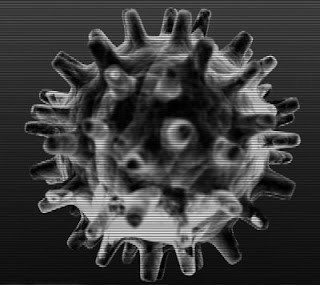 Okay, if you've been reading some of my posts recently, you know that one of my ideas is to create and promote a free feature film placed somewhere on the web, such as Google Video. To get folks to see the movie, I spoke of creating a freely-distributable button that anyone can place on their blog or website. Another important key was to make it easy for anyone seeing the button (where ever it may be) to get the code for themselves, so they could implant it, and so on.

I've come up with a test that utilizes these ideas along with a contest mentioned at the beginning of the month. Briobox is hosting video competition that registered users can vote on. Those with the most votes each month get into the finals in December, with a chance at a $50,000 prize.

I have created a distributable button (found prominently in the sidebar) to promote my short Middle of Nowhere, now located on Briobox. If you would like to participate in this experiment, here is the code that creates said button:

My only request is that when you paste this code, please keep the last line which links to this post and code. That way, the viral effect will really take off as (hopefully) the button goes everywhere and people keep grabbing the code. Replication ensues, as does the whole distribution idea. Feel free to do this with your own material, and let me know--maybe we can swap buttons!
Posted by Scott Eggleston