What Makes a Good Short Film? 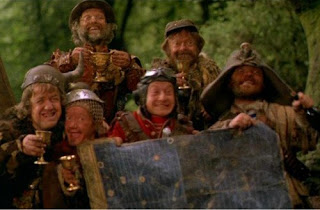 Upon entering the directing reality show competition On the Lot, I’ve had the opportunity to watch quite a few short films featured on their website. There are all kinds of genres, and a few mandatory rules. It can be no longer than five minutes in length (excluding credits), must have a beginning, middle and end (in a broad sense), and be basically PG-rated.

My experience (little as it may be) has shown that most shorts are constructed like jokes. There is a setup and a punchline. The inherent problem with this formula is that it doesn’t provide for anything in the middle. Some directors have great openings and a powerful end, but in between the two is a black hole of filler. Anytime I see people running in a short, I cringe. There is nothing wrong with a chase of some kind (as long as it’s warranted, of course), but often this just feels like the filmmaker forcing the audience from point A to B, with nothing else to say.

I like to think of the short form like a tasty sandwich. Is the bread the best part? Would you eat a sandwich with nothing in the middle? I’m not saying you discount the outside, but it must work with the meat and toppings for a complete experience. So it is with a short story. Do something interesting in the middle of your film to make people want to hang around for your great ending.

Another thing I notice is deficiencies in basic technical skill. Doing things like crossing the line, or failing to compose your shot properly, or not white balancing, or not using a microphone (forcing you to ride the volume), etc., all take the viewer out of the experience and cause you tune out. Some infractions are minor and will happen to anyone (like continuity problems), but others can be avoided with a little extra work. To be fair, you learn from doing, and if you do more, you should get better as you go. Just don’t repeat the same mistakes.

I also wish people would stop using their friends or family (or themselves) as the talent. This is fine if they happen to be actors, but when they’re not, it is so painful to endure. If I could communicate anything to other amateur filmmakers it is this: there are hungry actors all around you who want credits for their resume. Get the word out (acting classes are great resources), hold auditions and they will come. Actors can make or break you, even if you have a good script, so don’t overlook their value.

The short form is a wonderful precursor to the feature, and if you can get that right, the next step can be really exciting. I’m looking forward to it myself.
Posted by Scott Eggleston

Some great advice. I'm in the process of making a first short film myself and am only too aware of how important it is to get decent audio. Looking forward to your next posts.