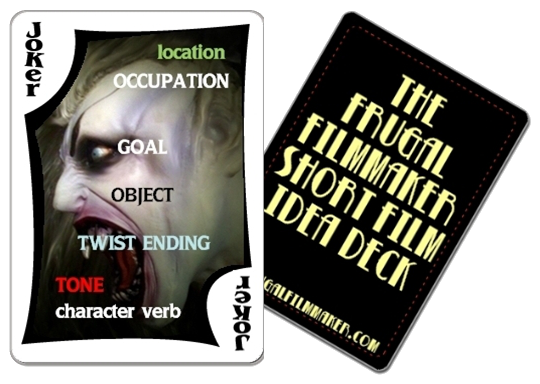 Here's a little something I've been working on that could be fun. I've been trying to work out the details of my next Frugal Short and have been hitting some writer's block. In an effort to help jog the ol' juices, I went looking around the web for some kind of idea generator that would help me with plot and characters.

The two items that interested me the most were Rory's Story Cubes and Storyteller Cards. I like the randomness of dice and the deck of face cards modded for story use, but felt that words were missing.Text can be just as much stimulating as imagery and I was looking for something that incorporated both. Story Forge was another option I looked at, but it seemed too complex for my purposes.

This led me to try to modify a cheap deck of regular playing cards (similar to the Storyteller deck), by just adding words with a Sharpie permanent marker. This was okay, but even the permanent ink was wearing off the slick cards very quickly, and I wanted interesting images as well as words.

So, I went poking around even further to look for way to create a custom card deck online. That's when I found PrinterStudio, which lets you create all kinds of custom items, including card decks in all sizes from mini to tarot. Their online creation tools give you as much creative leeway as you want. You can upload every aspect of your cards or use their simple toolset (and card styles) to create your stuff right on their website. 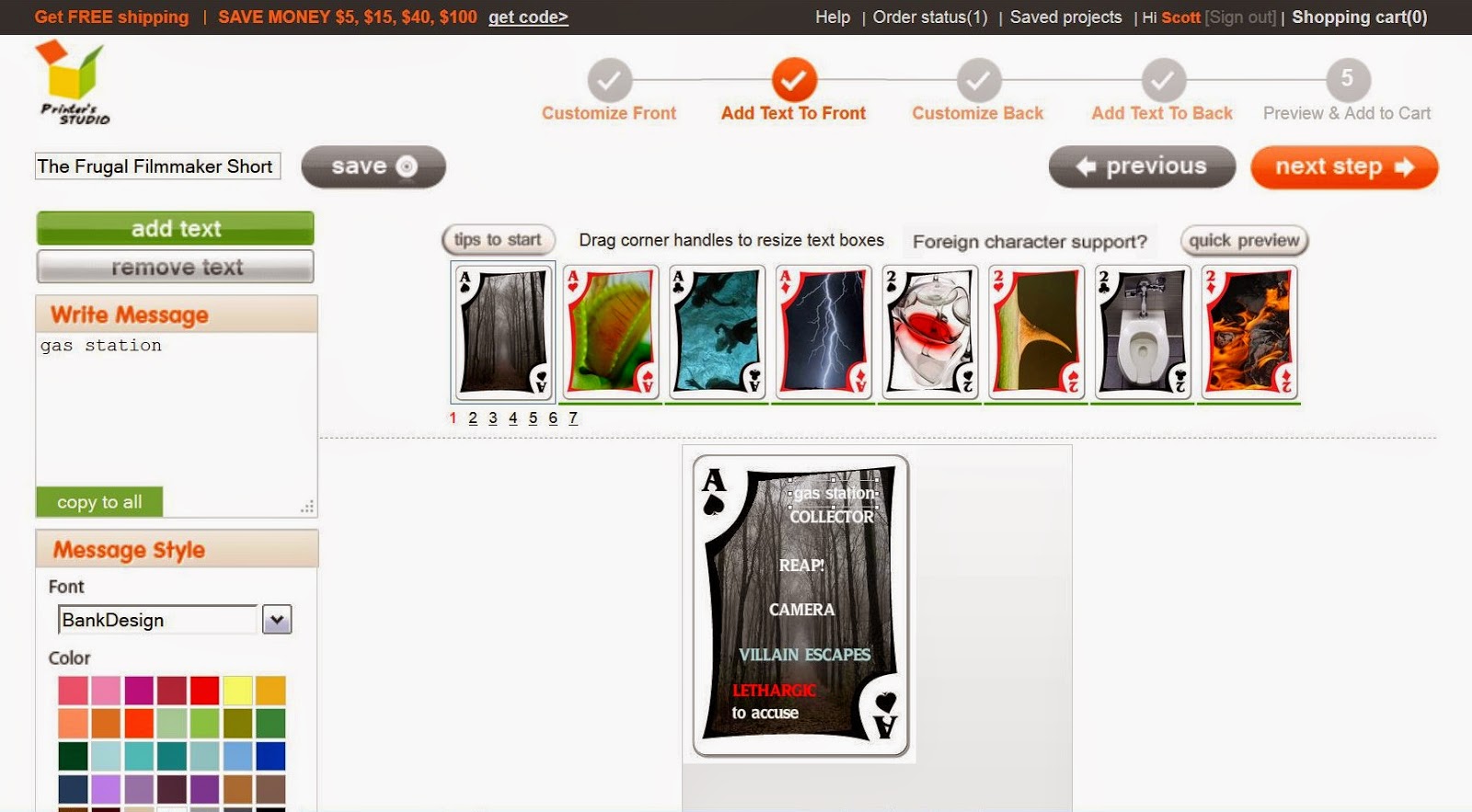 I opted for the second option. I uploaded free-to-use graphics from morguefile.com and used PrinterStudio's text creation tools to place the words I wanted on each card. The only drawbacks I could see are limited font options and no ability to add a drop shadow to the text. This makes text-over-graphics a bit more of a challenge as your only option for contrast is a text color change. That was okay, but a drop shadow (or outline) would be much better to make the text stand out over the image.

One of these custom decks (plus plastic storage box) cost $7.99 plus shipping, but they also run lots of coupon deals (right on the site) and I found a code that gave me $5 off, which almost eliminated the shipping price. The deck is supposed to arrive in ten working days from time of order and I'm kind of excited to see what the final result looks like.

If you're curious about the actual content of these cards, the Joker shows above are the parameters for each card and gives you a sense of what they will contain. I also plan on making these available to anyone who might want them, through the PrinterStudio site.

Watch for a video in the near future for more about these cards and how they may help you with the creation of a short film or story. They might not help at all, but I thought it was a cool idea that someone else (besides me) might be able to benefit from.
Email Post