I've been on the lookout for an in expensive LED light to compliment my Fotodiox LED98A that I reviewed a while back. I shot a wedding interview recently using a borrowed Lowel DV Creator kit and the heat generated from those tungsten lights was very uncomfortable in the small office setting. An LED three-point lighting setup was the answer, but I didn't want to spend a lot of money.

After the Fotodiox review, several people wanted a comparison to the $28 Newwer CN-160 and when I went looking for it, I stumbled across an even cheaper and apparent clone, a generic $20 160 LED light that looked very similar to the CN-160, used the same rechargeable batteries (Sony NP-F series) and also ran on six AA batteries. It didn't have the CN-160's Panasonic battery plate, but I didn't care. I wouldn't use it anyway.

After playing with this light, I really liked it especially for the price. It does have some serious drawbacks that I mention in the video, but if used in the right scenario, it can be quite useful. 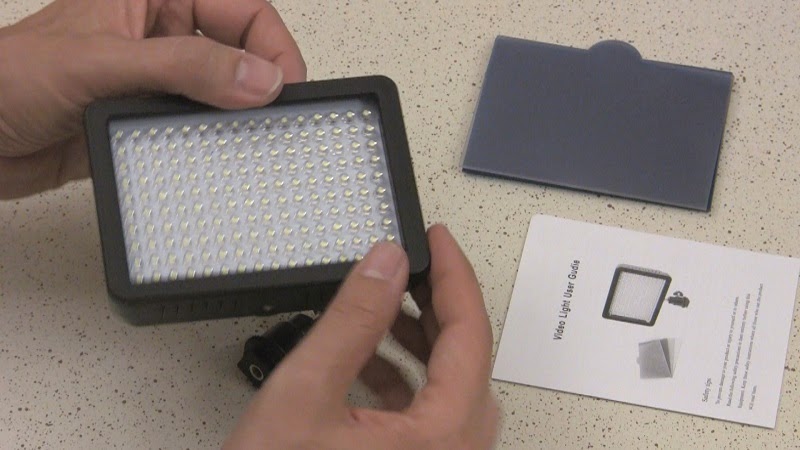 Ian Random said…
For the battery issue, I've noticed in some of the radios with AA's they have a ribbon underneath to help remove the battery. Since they are in a trough with batteries end to end.
September 21, 2014 at 8:10:00 PM PDT

Scott Eggleston said…
Thanks, Ian! Several people have passed along a similar idea, but suggest tape on the bottom of the battery to remove it. Both make sense.
September 22, 2014 at 10:41:00 AM PDT