Here is the short film that I may or may not have been talking about for the last month or so. If you don't already know, I was contacted at the end of July by Triune Films and Ryan Connolly (of FilmRiot) about a cross-promotional opportunity. They sell sound fx packs and wanted to give me all of them (!) in exchange for an online review, tutorial or short scene or film, with an early September deadline. Of course I selected the most difficult option!

I was flattered that I was included in the list of online filmmakers to undertake this assignment, but also had a ticking clock to contend with. I knew I could get a couple of actors that I'd been wanting to work with (Mindy Van Kuren and Kyle Wiggington), a dependable and great looking location (an abandoned cement plant, briefly featured in Collection Day) and a reliable crew, all on short notice.

Because Triune's content is action-oriented and due to the run-down industrial locale, the story choice was easy: a post-apocalyptic western. I would re-use the gun props from Collection Day (adding a cheap accessory) and create some kind of shootout. After trying to write and scrapping my original idea, I started from scratch and came up with Invader, which you can watch above.

This would be a "Frugal Shoot", in which I can only use gear that I made or own. No Arri light kits from school, no C-stands (maybe this one). Only Frugal stuff. My movies made in this way (I hope) are a showcase of what you can do with a little (and some very talented volunteers both in front and behind the lens). All my films shot in this way bear the "Frugal Filmmaker Film" animation before the movie rolls. 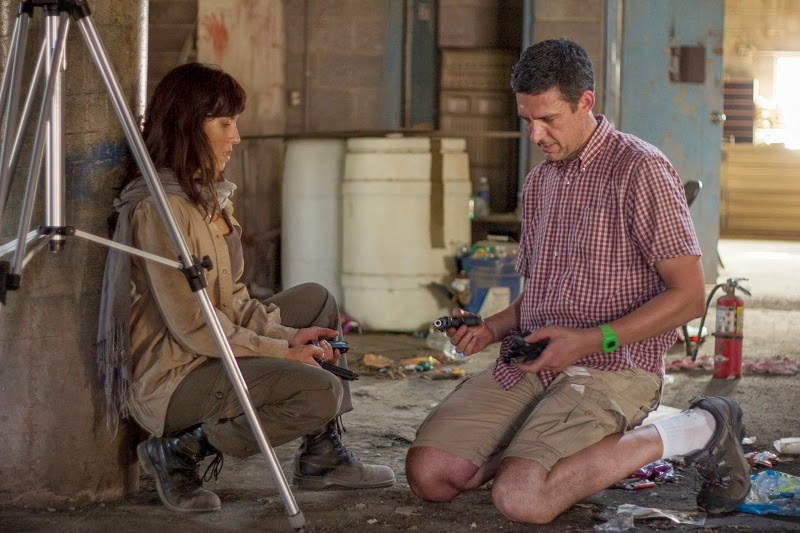 FRUGAL GEAR USED ON THIS FILM

Jim Talbot Online said…
Hello Scott,
I made a small donation to your thesis film
which I enjoyed very much; however, I feel Invader is your best work yet. I have enclosed my website for tour perusal.
Cheers,
Jim