Awhile back I watched Chung Dha's video about adapting Sony F-series batteries to his Canon 60D, which gave it over six hours of running time. I thought this idea was great and commented on the video that I'd like to try out on my Sony NEX 5n. I had some of the basic parts and it used the same Sony battery cradle that I ended up using to power my $56 HD monitor.

At the time I had no real need to hook up an external battery, as the internal batteries on my 5n lasted a couple of hours and were easy to change. When the Frugal Cage came along and I began to add more and more accessories (including a follow focus), my camera became buried within the rig making changing batteries more of a pain. It was then I decided to see if I could make Chung's idea work on my camera. 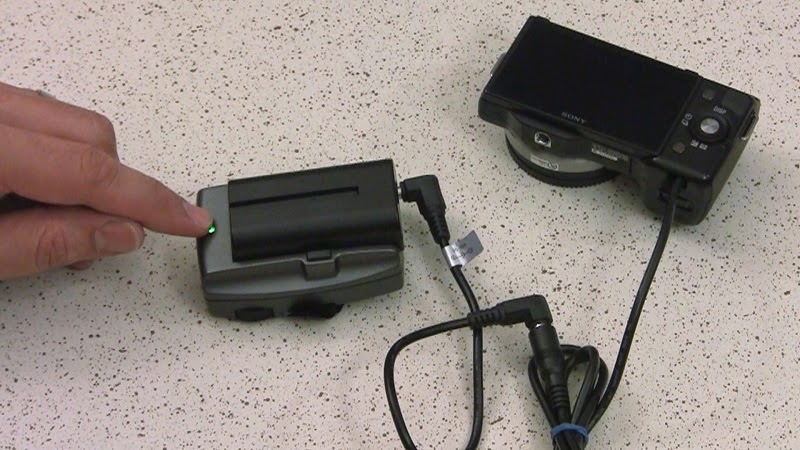 The good news is that it worked just about exactly as it did for the Canon. I had an aftermarket AC adapter with detachable dummy battery which connected nicely to the battery cradle. The only downside was that when I left batteries on the cradle the camera would leech power, even when turned off. This wasn't a big deal if I remembered to remove the batteries, but when I didn't I lost juice that could have been used on my shoot.

I solved the problem by hacking the cradle with an on/off switch. This switch disrupted the flow of power to the camera and also turned off the LED so I knew what position it was in. I'll go into detail about how I installed this switch in next week's episode. For now, full details about connecting the battery can be found in the video.
Email Post