Deal Alert! I've been on the lookout for a cheap HD monitor for awhile now, but I was never able to find one cheaper than $100. One day I was surfing Amazon and stumbled across an amazing deal. I found a 7" high definition monitor made for in-car entertainment systems for a crazy low $56! Happily shocked, I posted the deal to the Facebook group and bought one for myself. At the very least, it would make for a good review segment. At the most, it would be a great find and a great replacement for my old standard definition monitor that was no longer compatible with my current camera.

I'm happy to report that this unit is a great little production monitor.  Sure, it doesn't come with an HDMI cable or battery options, but who cares at such a low price. I address both of these shortcomings in the video and show how I've mounted the monitor on the Frugal Cage. It really is a great deal, possibly the best one I've seen since running this blog.

If you need on of these, this is a great time to nab one. I was worried that this review would be pointless to a discontinued product, but was thrilled when more stock came in at the same price. Here's hoping this monitor stays around so lots of folks on a frugal budget can take advantage. 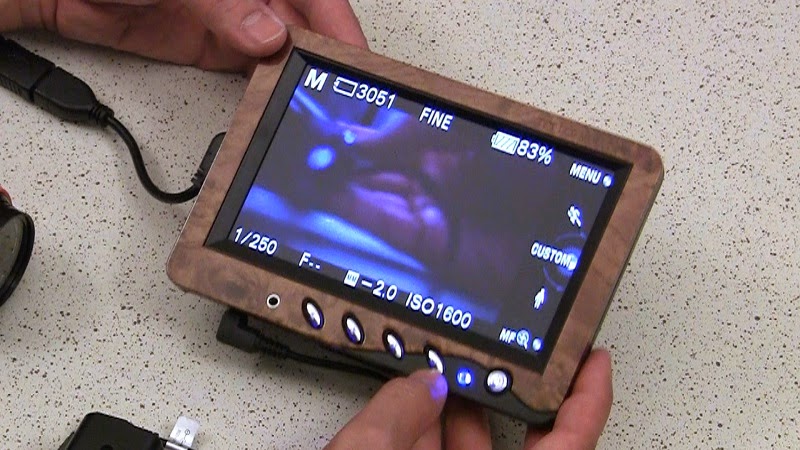 Anonymous said…
My guess would be that the insides of the monitor work at 5v or less, supplied by a voltage regulator of some variety. The design external supply voltage of 12 is probably only because the intended usage is in vehicles.