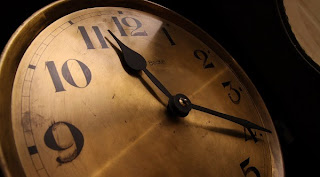 For those of you following this blog and are interested in my thesis film Collection Day, you may have noticed that the much-ballyhooed Kickstarter campaign failed to launch on August 1st.  I was late getting my pitch video together (not to mention the Kickstarter page) and then found out that you couldn't submit your project until an Amazon Business account was set up to receive funds.

That process took two business days (separated by the weekend, of course), but was complete this morning. I then submitted my page with video to Kickstarter and should hear back within a day or two if I am approved.

This delay was probably a good thing, as it allowed my to watch more Kickstarter videos to see what else was out there and make changes to my own page to improve it.  Despite the time setback, my deadline for the campaign is still the end of August. This will only give me about twenty-four days to raise the money (whatever the total ends up being, I'm still debating). I'm okay with this, as even Kickstarter states that thirty days or less is still the most successful time frame to raise funds.

All this work prevented me from releasing a video last week, but things should be back to normal this week. No Q&A video today, but I will make one as soon as the Kickstarter page is live to help promote it.  I will also feature my first tie-in video on Thursday and begin promoting the campaign from YouTube. This will include a special annotation and description link on every video except for Q&As, which are only watched by hardcore viewers when they are released.
Email Post