The Frugal Filmmaker now in Other Languages 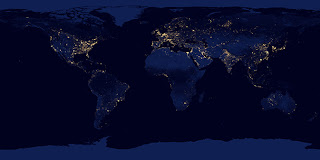 Always pondering over how I can increase the reach of my ideas, I recently came across an idea that should have been obvious a long time ago. With a growing international audience for this information, why am I not translating everything into other languages? In the past, the answer would have been "I don't have those kind of resources", but now there are many forms of automatic translation that can easily be integrated into your blog and YouTube uploads.

The first thing I tried was Google's translation widget that you can incorporate into any Blogger blog. It was okay, but any one who doesn't speak English maybe wouldn't know what it was when they saw it. That was a problem, as was when it was used, it would strip all the page formatting. After a quick search (on Google ironically), I found GTranslate which provides HTML code easily integrated into your blog, no matter what platform. It does the same thing (a dropdown menu that lets you pick another language), but has a graphic of international flags (which tips off the reader) and keeps the formatting of what it translates. Nice.

The second thing I tried was captioning on YouTube. I understand the importance of captioning to the hearing impaired (which is another audience you can reach), but considering you had to upload a script, I wasn't very enthused. I ad lib most of my shows, so creating a script to upload meant transcribing--not interested, thank you.

Now, you can go into your settings and click on "captions" which lets YouTube create a script from your audio and generate captions for you. Of course it's riddled with typos, buy you can download the script, make corrections, and re-upload. Once captions are activated, you can click on the "CC" button on the bottom of the playback window and change the captions to another languages. Perfect! 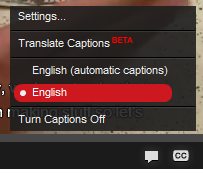 So this is what I've done. The GTranslator is active on my blog and I've turned captioning on every one of my videos.  Almost all are still in the messed-up initial translation (except one), but it's a start. I now have the Herculean task of fixing most of them (I'm going to leave the Recap vids the way they are and tweak everything else), which will take awhile.

I think this is an important step. Now anyone speaking a language other than English can take part in learning about micro-budget film, which may have been out of their reach previously. It's exciting to reach more viewers, but even more exciting that the goal of reaching a global audience (something the internet always promises) is that much closer to reality.
Email Post

Bryce L. Tomlinson said…
I have used this technique on a few of my videos. I originally downloaded the transcription files, quickly fixed the errors in the script (ie "your donkey is cornbread" to "you don't key in orange or red") and copied & pasted the whole script into Google Translate. Each time I did this, I copied the resulting translated script back to English to at least evaluate how consistent it was. In a couple of cases I had to adjust my phrases to get a good translation. After getting the hang of this, I quickly translated the CC in 3 or 4 videos to about 20 languages. This increased my viewership IMMENSELY, and the feedback was really great! There were only a couple of inconsequential erros in the translations and mostly, people were very pleased and thankful for the extra effort.
April 5, 2013 at 9:08:00 AM PDT

Bill Mecca said…
Yes, the auto captions on Youtube can be hilarious. Although I have had a few that were very close with only some minor issues. Those were mostly with my narration. But those with a lot of interviews, get out the popcorn!
April 5, 2013 at 9:09:00 AM PDT

Thanks for this! I added the html code to my blog and it was really easy.

Also, I've been messing around with the YouTube captions for a bit, and boy, are they quirky, but, the fact they they even exist at all is pretty cool.

Thanks again for the Blog translator!