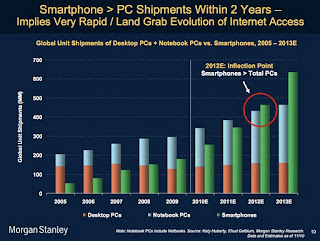 Since the last time I posted about this topic, I’ve been having some thoughts about altering some basic rules of filmmaking based on how our content is consumed. No longer do we simply need to consider television as delivery medium (whether it be broadcast or DVD), or if we are extremely lucky, a theater screen.

Our venue is the web. Most likely we are releasing content on a video sharing service such as YouTube, Blip or Vimeo. This means that the majority of our audience is probably viewing our stuff on 1) a computer screen, 2) a smartphone/iPod, 3) a tablet, 4) a “smart” TV (or a “regular” one connected to a streaming device), or combinations of all of the above.

I find it interesting that as we progress into the future, the size of the most common viewing surface is decreasing, not increasing. The “average” laptop sized screen seems to float between 13-17”, with the average probably coming in at 15” (or 15.6”).

All this leads me to the well-known formula that answers the age-old question, “What size TV should I buy?” If you don’t know it already, you simply cut the viewing distance in half, subtract a few inches, and you have the diagonal measurement of television you should own. Sitting 8’ away from your TV wall? Buy a 46” set. Ten feet? Get a 56” one.

This also works for smaller screens. Currently I’m typing this post out on my laptop. My face is approximately two feet from the screen. My computer has a 15.6” screen, but according to the formula, it could be 12” or the size of a netbook. And that distance is only when typing. If watching something, I’m pretty sure that distance increases, especially when then video stays in a playback window and isn’t expanded to fill the screen.

Smartphone screens are even smaller at 3-5” across, which means you’d need to be 6-10” from the screen to absorb all the detail properly. What about the iPod Nano? How big is that tiny screen? My son and daughter regularly watch movies on that postage stamp-sized gizmo. Maybe a cyberpunk-style headband mount would be in order.

All this thought about the constantly shrinking viewing surface has made me wonder if we should alter some basic filmmaking techniques to compensate for the fact that the viewer is farther away and could potentially miss something we are trying to get across. What can we possibly do to better “reach” the viewer?

Shoot tighter. If the viewer isn’t as close and the imagery (shot traditionally) is smaller, why not make it bigger? Take all of your shots in one notch. Instead of that full shot, shoot medium shots. Instead of that medium shot, shoot a close up. Instead of that close up, shoot an extreme close up, and so on. When the viewer doesn’t want to get within normal range, get closer to them—close the gap. Imagine the difference this would make on videos watched on a smartphone or the above-mentioned Nano. It could be huge.

Be louder. In audio land, the common train of thought is that, in the digital world, you mix to –12db. That gives you some basic overhead so you don’t accidentally pass digital zero and clip, or distort, your audio. I propose we try mixing to -6db or exactly digital zero. Normalize your sound and use a limiter (it’s called Wave Hammer in Sony Vegas Pro) set to zero and your audio will never distort and at the same time reach maximum level.

Why do this? Most laptop speakers are quiet and tinny sounding and a smart phone speaker is even worse. I don’t like using headphones if I don’t have to, and boosting your sound would make the best of an already poor scenario. Those who do have decent speakers or headphones can easily turn the sound down. Those without might now be able to hear all that carefully written dialogue.

Wben I worked in TV news, I noticed a small, cheap speaker sitting on top of the massive mixing board in the audio booth. When I asked the operator what it was for, he informed me it was to check the output on something similar to the crummiest mono TV speaker out there (as well as to check for phasing problems). This was to make sure that even a poor schlub with a crappy TV could still hear the broadcast properly.

I believe we should keep the same thing in mind with internet video. We want everyone watching our product to enjoy and benefit from it. A little extra effort such as these methods could really make the difference.

Unknown said…
You bring up a lot of great points especially about the framing of shots. Though a filmmaker could also use the oposite to his advantage. Instead of pulling back to create a distance, you could pull back even further, creating more space around your character (prop,ect). On the small screen i would think this feel would get amplified.