No Pay or Not to No Pay? 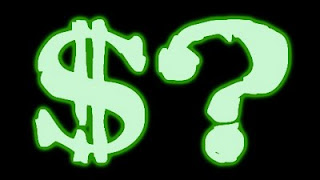 It is a well-documented fact that all independent filmmakers are unimaginably wealthy. Their bank accounts are so full, just a few of them could have banded together to save our country from recession. Their pockets are so deep, they put the Grand Canyon to shame. They’re so flush, they beat four of a kind.

In fact, I once knew an independent filmmaker, living in a lavish mansion, who had a giant vault where he kept innumerable gold coins. Every day he would don a striped one-piece bathing suit and literally swim through his money.

Knowing this, we understand that the only reason an independent filmmaker would ask that a cast and crew work without pay is because that filmmaker is a shameless, greedy monster. There can be no other explanation.

So I speak to you today, my brothers and sisters, about this terrible travesty going on right under our noses. It is time that we band together and stand up to the Man (the independent filmmaker) and say, “Enough!”

Now, I don’t speak to those of you who have so much paid work that you just don’t have time for non-paid gigs; you’re just being practical. I speak to those of you who stand up on principle and say, “I deserve to be paid, and I will not work for free.” After all, you’ve been doing this stuff for well over a year (longer in some cases), and you shouldn’t have to volunteer your time anymore. You should be compensated.

“But,” you say, “I don’t have any paid work right now, shouldn’t I do some free gigs to continue to develop my craft?” And I say to you, my friend, is it better to continually work to develop your craft, or to stagnate with principles?

“But,” you say, “I don’t have anything better to do with my time, and this movie could be a lot of fun.” And I ask you, would you rather have a lot of fun with people you like or be bored and have principles?

“But,” you say, “it’s a really good script and while it might not make any money, I really think it’s something I will be proud of when it’s done.” My friend, which would rather have: pride in your work, or principles with nothing to show for them?

“But,” you say, “what if I pass on this film and the person who replaces me goes on to be famous as a result of this project?” I ask you, my friend, would you rather have fame and fortune and artistic freedom or well-reasoned principles?

audiovisual said…
hello, my friend. I'm also a filmmaker. in this case, independent film. I can not imagine how you could be in the state of independent film makers can be rich. whereas in our country, most independent filmmakers are not rich. if he was rich, surely he would plunge into the commercial film industry.
as an independent film crew, me and my fellow friends in the community, it has always worked without pay. instead, we often collect money to buy all the equipment we need (art, lighting, etc.)
but I'm very happy to hear the word "we deserve to get paid" because during our learning process, we always have the aspiration to work in industi great movie and get paid of course.
August 25, 2011 at 10:50:00 PM PDT

Anonymous said…
@audiovisual, I think this post was meant to be sarcastic. I don't think anyone actually believes that independent filmmakers are wealthy. That's ridiculous.

What I personally find irritating is actors who think because they've been acting for a while now they are entitled to payment. The industry decides when you're good enough to be paid, not you.

That said, if the crew is getting paid, the actors should be paid as well. And if you can't pay anyone, you have to compensate them in other ways: flexibility, respect, collaboration, effusive gratitude, etc.
September 5, 2011 at 10:25:00 PM PDT