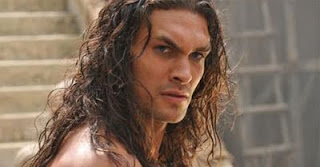 I had an entirely different blog post in mind for today. I had planned on writing something simple about moving to a new place and finding those retail resources that we all need to build our cheap gear. It will probably show up tomorrow. Today, something else.

I skim a lot of blogs with my RSS reader and at the very bottom of my list (unintentionally) is screenwriter John August's blog, a great resource. Today he linked to a Quora question which asks "What's it like to have your film flop at the box office?" All the responses are fascinating, but John highlights Sean Hood, a filmmaker and one of the script doctors on the recently released reboot, Conan 3D.

Hood's commentary is much what you'd expect, with the stings of weak receipts and a strong "just get back up on your horse" message and adds a great story about his dad's quest to become a professional trumpet player and his tenacity in doing so. Read the article and all of the other answers. It's a compelling peek into the professional filmmaking world and the potential devastation that waits for all who are moving in that direction.

It's no secret that I'm purposely moving away from the Hollywood model. I have no plans to move to L.A. (lived there already anyway) and try to make it big, competing with the literally millions of others trying to do the same. No, many of you reading this probably already know that I'm on another track. One that may seem irrational, crazy, stupid, unorthodox, misguided and doomed to failure. Or, it may just be completely rational, sane, smart, innovative, focused and primed for success.

It's the plan that can insulate you from the suffering that Hood mentions, caused by X-factors such as filmmaking by committee, focus groups, release dates and direct-to-DVD clearance bins. In this plan, YOU control everything. YOU make, market and release YOUR movie the way YOU see fit. YOU keep all the rights. YOU distribute all the profits. There will be no "what if they had done it my way" moments because you ARE doing it your way. This doesn't mean you ignore good advice, but the buck will stop with you.

If you haven't heard this enough already, here it is again. You build an audience through community, conversation and participation. You give them something they find indispensable. You exercise patience and let word of mouth spread. Use Kickstarter (effectively) to acquire a very modest budget. Make your film and release it for free on the web via YouTube, P2P networks and Netflix Streaming (if they'll let you). Ask your supporters to help spread the word. Track all the numbers.

Your first film should be all about exposure, not turning a profit (though that may happen). After a while, take your numbers to big sponsors and ask them if they want 5,000,000 eyeballs to see their product inserted into your next movie. That's the same movie that you reward all the volunteers who have helped you in the past with a paycheck this time out.

This process is not about the quick fix, but severe long-term thinking. It will take years, not months. It will take patience and tenacity, much like Hood's trumpet-playing father, who never stopped practicing and never gave up. It seems wild, but I believe anyone can do this and succeed. I'm in the process of proving it as you read this.

dwaisman said…
"... This is the plan that says you build an audience first and your movie second..."

You mean building an audience without the content?
People consume stories because their entertaining / educational value of the content, but the content it's solely judge on its own - There's never a guaranteed that an actor/director is consistent in its "entertainment" quality.
Congratulations again on the Blog!
August 25, 2011 at 8:04:00 AM PDT

Darren Landrum said…
As a prog-rock composer/music-maker type (I hesitate to call myself a musician) that nobody's ever heard of and about to release his first album, I have only this to say:

Scott Eggleston said…
Michael, I'm glad the post is resonating with you. I hope it spreads all over the world.

Darren, I totally agree. It's the very same idea with movies as with music in this area.

Dwaisman, the idea is that you build an audience with valuable content that is separate from your actual film. When the film comes along, your audience is eager to consume it.
August 25, 2011 at 2:38:00 PM PDT