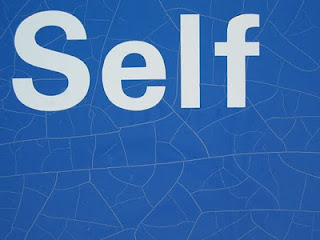 I am a really big fan of successful ebook author J.A. Konrath. He blogs all the time about how he is able to make money hand-over-fist by publishing his work electronically vs. the standard publisher route. He has bypassed the middleman and created quite a revenue stream for himself. Some say he is an exception, but he constantly encourages others to do the same and has guest posts all the time from those who have--successfully.

He recently wrote a great post called "You Should Self-Publish", which hits the same points that he harps on over and over, most notably: he makes more money per book doing it himself than he ever has with a traditional publisher. I find all this very inspiring, but being a filmmaker I have to ask, "can we do the same thing?"

It should be noted that the publishing world is a little different than the movie world. Konrath finds a lot of his success (I believe) by selling his work at a very low price, something we filmmakers can't really do. What do I mean? He can sell an ebook at $2.99 (which he gets over $2 for), which dramatically undercuts typical prices from the majors. If I was looking for something to read on my Kindle in an genre I liked, you bet I'd try an indie for that price.

For filmmakers, it's not that simple. Redbox rents movies for $1. Netflix, cable and satellite will stream a whole slew of films right to your TV as part of your subscription, some for "free". How do we compete with that? No one is going to buy my microbudget flick (and therefore not see it) for even scant buck when they can easily and cheaply watch a gargantuan budgeted studio movie for the same price. It just won't happen.

That's why I'm a big proponent of the "giveaway" model, which seems like the only way to compete, even on a global level. Put your movie on YouTube and everyone with a computer or smartphone can see it. Submit it to Netflix and everyone with a Netflix subscription can watch it on their TV. Get it on iTunes and anyone with an iPod is a potential audience member. Put it on a P2P network and it gets downloaded (potentially) by the world. Not bad, eh?

The challenge is always how to monetize all this. I've written about possible ways before, but that's not really the point of this article. Exposure is more important than money anyway. Why? Get exposure and the money will follow. You still have to market and promote, but once you get millions of trackable views, how hard will it be to get sponsors the next time around?

Thanks for another great post! I too have become a big fan of Joe's (actually as a result of your blog and Facebook messages). I agree, that as filmmakers, self distribution is most likely the best way break into the more mainstream arena. If giving away content for free generates a large enough following, there will be someone with an open checkbook eventually.

The only question I have, is how do you attract viewers, even when the content is free? There is so much material readily available it seems almost impossible to draw any significant number of eyeballs to one's work. I would love to read a post about steps that can be taken to build an audience. So far "if you film it, they will watch", hasn't been working out for me. Thanks again for the great information you continue to put out there, so that all of us can take part!

Scott Eggleston said…
Sounds like good fodder for another post, Matt! Actually, I've never believed that just because you put something on the web, people will watch it. You still must market. Self-distribution is not the same as self-promotion.
January 7, 2011 at 10:47:00 PM PST