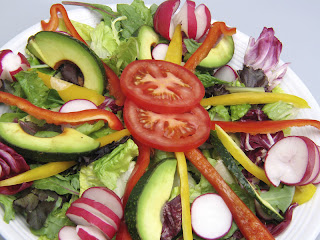 I know it has been awhile since I've posted anything, and I apologize to all those who enjoy reading this blog (you are out there, right?), but life can sometimes take over and needs addressing. I am returning to some sort of normal schedule, so I hope to go back to a more consistent 2-3 posts per week, with information that should be worth reading. With that said, here are some links from the past few days that have caught my attention...

[Courtesy CinemaTech] The L.A. Times has published an excellent article on some methods movie studios have used to get some viral attention. The first (and best) is the Simpsonizer, which allowed millions (including me) to create Simspons characters out of an uploaded picture. Several different examples are cited, as well as if they worked or not to increase box office returns. Granted, we don't have these kinds of budgets, but there are some good ideas in this mix that could help us promote our own films. We can make websites too, you know!

How to become Popular on YouTube without any Talent
Kevin Nalts of Will Video for Food is releasing a free e-book that chronicles his foray into the viral video world, and how he succeeded at it. I haven't had a chance to peruse the entire thing yet, but this soft-release (an official one is supposed to come out today) has lots of great info that can help anyone trying to break out of their viral shell. A lot of it is common sense, and may not be anything new to the experienced, but those not in the know will benefit greatly.

[Courtesy DVXUser] Speaking of the video sharing monolith, someone name goyomora has posted a video that details a nifty trick to get your HD video to look like HD video on the Tube. It plays funky with the player (the time of your video is incorrect), and requires you to download some (free) software, but the results are pretty impressive. I don't have an HD cam yet, and my attempts with good SD footage looked pretty terrible. Check out this clip shot with a Canon HV20 and you'll see what is possible. Not bad.

The New World of Immersive Games
While I've mentioned before how Alternate Reality Games can be a great marketing tool, Wired magazine probes the idea of ARGs going beyond this nefarious purpose and actually becoming it's own form of storytelling. It's a pretty compelling article, complete with it's own game built right into it. I still think that these are great for pushing your film, but another use is to incorporate your filmmaking skills to push the game. These are "movies of the mind" after all, and there are a lot of exciting possibilities here. The article is quite long, but it's pretty cool as well.

This Conference is being Recorded looks at 2007
In this two part podcast, Lance Weiler talks with Scott Kirsner (of CinemaTech) and Woody Benson about some of the important changes that occurred in the past year. There's a lot of technobabble, but some interesting points are made that can apply to us low budgeters. A couple of my favs are the awareness that content made for the internet must be different than just ported TV content, and that cell phones are with almost every person and are the last bastion of video distribution. I like the ideas presented here and look forward to part two of Lance's retrospective.