The "Suspension of Disbelief" is Downright Amazing 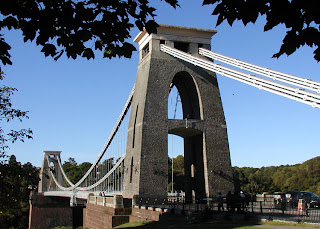 I don't think there are many people living in civilized nations who haven't grown up with the movies. It is so integral in our culture in one form or another (VHS, DVD, TV, multiplex) that we have all had lots and lots of exposure to it. Even if the average person on the street knows nothing about making films, I'd bet many of them know how films are made.

This leads me to ponder the first thing you learn in even the most rudimentary film class: the suspension of disbelief. This is the effect of being swept up in a story you know is fake. Even if you are the most jaded, cynical, critical curmudgeon, you can still be affected by a movie that is crafted well. How is this so?

Even boiled down to its component parts, a movie can somehow convince us that what were seeing is reality. Take any typical sequence. I think it's safe to say that everyone knows that all those shots are different setups, shot at different times (sometimes months or years apart), in a different order than what we are seeing. String them together and we eagerly swallow it as a realtime experience. Why?

This is what completely fascinates me about film. The fabrication of the simplest conversation (two shot, closeup, over-the-shoulder, etc.) is totally convincing. We think (or just want to think) that we, like the camera, have just covertly peered into some secret world. Continuity errors (like a prop that moves between shots, or a dipping boom mic) may alert us that what we're seeing is totally manufactured, but we don't care. If it's done well, we still buy it.

I realize that going to or watching a film is a proactive effort on our part to be entertained, so we are more forgiving. Even if we don't like the movie, we accept the structure the filmmakers have laid out for us to follow. When we are engaged, we are putty in their hands. Performances (again, chopped up), cinematography, music (coming from where?) and sound effects can sway our emotions in any number of directions. It's a powerful thing.

This effect is definitely a lure to all those endeavoring to create their own work. We all know how we felt seeing something great, and like any creative type, want to create that feeling in others. When we observe it working (like when an audience jumps), it's immensely satisfying. It's the thrill of sanctioned manipulation, of precious time donated to you for a chance to show your stuff. Even if they hate it, they'll probably believe it. Incredible.
Email Post
Labels: commentary