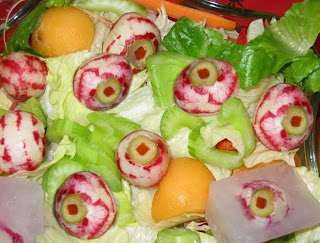 CTS Episode 12 - Free Public Domain Footage
Informative video blog Creativity to Spare has released their latest episode which covers the use of public domain stuff and where to get it. I wrote a similar post awhile ago myself, but Chris Bailey offers up a video version, which is always more fun (and visual) and focuses on more short form stuff. For those of you who need some free content to work with (such as in a music video), Chris points us in the right direction.

The creators of indie doc 10 MPH have chronicled their homebrew effort of distribution and released it on their website for free (or 99 cents for a printable version). They cover all sorts of good stuff from a theatrical tour to DVD releasing to digital downloads. If you plan on distributing your movie on your own, you need to read this. One good piece of advice they give is to just keep on going, keep pressing forward and keep making films.

YouTube releases Multi-file Uploader
[Courtesy Read/Write Web] If you want to get attention for your movie, you gotta use YouTube. They've just made things simpler with a multi-file uploader for Windows (sorry, no Mac version yet) that will allow the streamlining of getting your stuff up and running. They have also increased the memory limit of video to one gigabyte which is the good news. The bad news is there is still that dang ten minute time limit. An entire feature could be uploaded at high quality with at this size, but not this length. When YouTube fixes this, watch out world...

A Pair of Handy Instructables

Instructables always has lots of cool homemade stuff on their site, and occasionally we filmmakers can use some of them. This week I came across a couple that many of us could use on a film set. The first is another substitute for a squib (an exploding blood packet) that uses air pressure instead of explosives, and is a refinement of the typical garden-sprayer effect we commonly see. The second is a DIY 'power bar' that turns one outlet into four. Always handy in those limited power plug scenarios.

Lance Weiler on ARG Netcast
[Courtesy Cultural Hacker] In a switch of sorts, the host of "This Conference is Being Recorded" (my favorite podcast), filmmaker Lance Weiler, is himself interviewed about his movie release tie-in Alternate Reality Game, Hope is Missing. More than just a marketing tool, Weiler talks at length about is process and how sees ARGs as a whole new art form that stem from his movie making skills. It's a good listen, and if you had no interest in ARGs before, this podcast may inspire you to check them out.
Email Post
Labels: salad